Department store Dillards and rapper Young Jeezy and his company 8732 Brand are being sued by the Hells Angels Motorcycle Club. The issue is a trademark infringement. The motorcycle club claims the defendants are selling merchandise with a logo that is so similar to the club's trademark "deaths head" that it could confuse consumers and others.

There is a reason for clubs to protect logos besides the trademark protections. Counterfeit apparel worn by weekend warriors out to kick up a little dust can be mistaken for the real club members by not so "in the know" citizens. The last thing motorcycle clubs need are accusations of wrong doing because some corporate types or yuppie riders had a little too much to drink and caused a disturbance somewhere. Not that the clubs are that worried about it, but it does lend to the government's never ending claims of criminal enterprise and criminal activities. 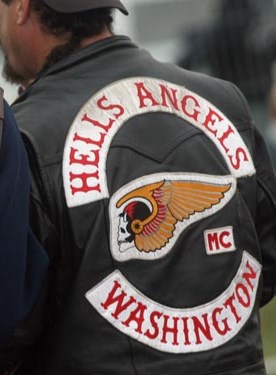 The Hells Angels, like other motorcycle clubs, are guided by age old rules of protocol and respect for club logos. Only full patch members are allowed to wear the complete three piece back patch and associated smaller patches from the club. This denotes an "earned" membership in a restricted brotherhood. It's an insult and very disrespectful to the motorcycle club community to offer for sale, counterfeit club logos or designs that infringe on the trademark logo of these clubs.

The latest dispute involves the Dillards stores and a company known as 8732 Brand, owned by rapper Young Jeezy. The Hells Angels claim apparel being sold by the defendants named in the lawsuit infringe on the the club's trademark.

In the past the Angels have brought dozens of cases to federal court alleging trademark infringement, including a case against Marvel Comics. They won that case causing the comic to change the lead character's name from Hells Angel to Dark Angel and make a $35,000 donation to a children's charity. 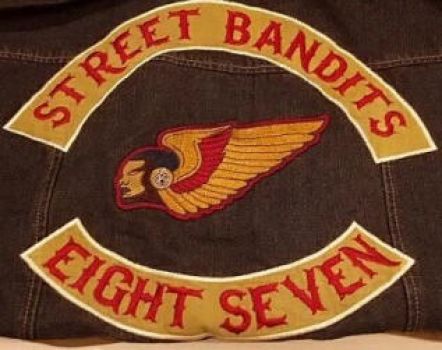 The Angels, like many of the other motorcycle clubs, have support merchandise for sale and its big business. Some people might scoff at the idea of a motorcycle club defending it's marque in court rather than exacting street justice like in the old days. Well, a lawsuit is the legal and proper way to protect the club's interests in today's world. It is no different than Harley-Davidson or any other brand of motorcycle protecting it's marque from copy cats. As for the protective nature of the patch from counterfeit patches, try wearing a police or military uniform if not a member of either of those units and see what happens if you're caught.

Hopefully the Angels will prevail again, which is beneficial to every club that has its logo trademarked.  Meanwhile, lawsuits are becoming a financial reward for transgressions against the club. In New York, the Angels settled with the City of New York for over $800,000 in two separate suits involving illegal searches of the club's East Village clubhouse.