Fastest Street Motorcycle in the World 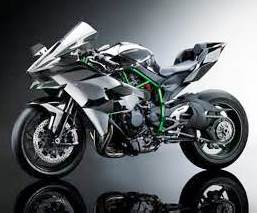 A Ninja is considered an elite, stealth assassin, operating in a covert environment. There is nothing covert about the Kawasaki Ninja H2. Engineered with F1 and aerospace technology, this monster sport bike is capable of reaching 62 mph in 2.5 seconds. Slated to go on sale in Australia in 2015, the H2 has 210 horse power, 42 more horses than its predecessor, the Ninja ZX-14. It's also faster than the ZX-14, the Ducati Diavel, Yamaha VMAX and the Suzuki GSXR-1000.

The H2 is the street legal version of the Ninja H2R, the race bike. The supercharged, liquid cooled, in-line 4 cylinder H2 engine can reach speeds of 185 mph, and weighs in at only 524 pounds. 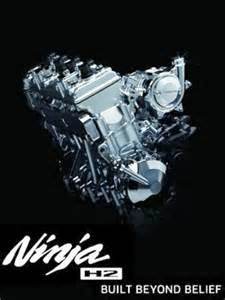 Handling such power could be a problem, even for experienced riders. That obstacle is overcome by a set of electronically controlled systems that prevent wheel slip through total traction control and launch control during acceleration from a stop. There is also an electronic steering damper, manufactured by Öhlins, which increases dampening as speed increases.

Another problem is stopping a bike which can go this fast without the tires losing traction. This is handled by an intelligent anti-lock braking system, standard on the H2.  Utilizing the power of the 998cc engine is a six speed transmission. The suggested retail price of the Kawasaki Ninja H2 is around $30,000.

Read More About Fastest Street Motorcycle in the World...