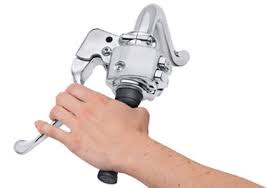 Last July we reported that Harley-Davidson conducted a voluntary recall of certain models because of brake problems. There was also a recall of 25,000 touring models and 3,000 CVO and Trikes because of a problem with the clutch failing to disengage.

On September 28, Harley-Davidson announced another recall of Touring and CVO motorcycles for model year 2014, again due to clutch problems. This latest recall involves between 105,000 and 126,000 motorcycles, depending on the source reporting the recall. In addition, it was noted that as many as 1,384 Harley-Davidson motorcycles have possible fuel tank leaks.

The latest clutch problem affects all 2014 Touring models, including Trikes. To find out if your bike is a subject of the recall, visit this site and enter your VIN.