Only two more days are left in the Cannonball 2016 Ride of the Century.  Mixed emotions were accompanied by hugs this morning. Will it really be over soon? Tired, battered, and worn out, everyone still seems happy. People are talking about looking forward to going home to their families while others, like #20, Dennis Sharon said, “When we get to Carlsbad, can we just turn around and head back to New Jersey doing the route backward”? He didn’t get any takers on that proposal.

Today we are prepared for a scorching hot day as we continue to cross the Mohave Desert from Lake Havasu City, AZ to Palm Desert, CA,  just 100 miles from our ending location. 241 miles of hot dry desert meant I was going to bring lots of water along and implore riders to use their electrolytes tablets.  #49, Frank Westfall from New York is still in first place, riding his 1912 four-cylinder Henderson. Byrne Bramwell from Canada is in second place with all his points and no penalties, but he’s riding a newer, 1913 Henderson so he's behind Westfall in the standings.. As of today, eighteen contestants can brag about the 2,979 miles they have ridden penalty-free. Four Hendersons, four Indians and 10 Harley-Davidsons have proven to be most reliable during this Cannonball. 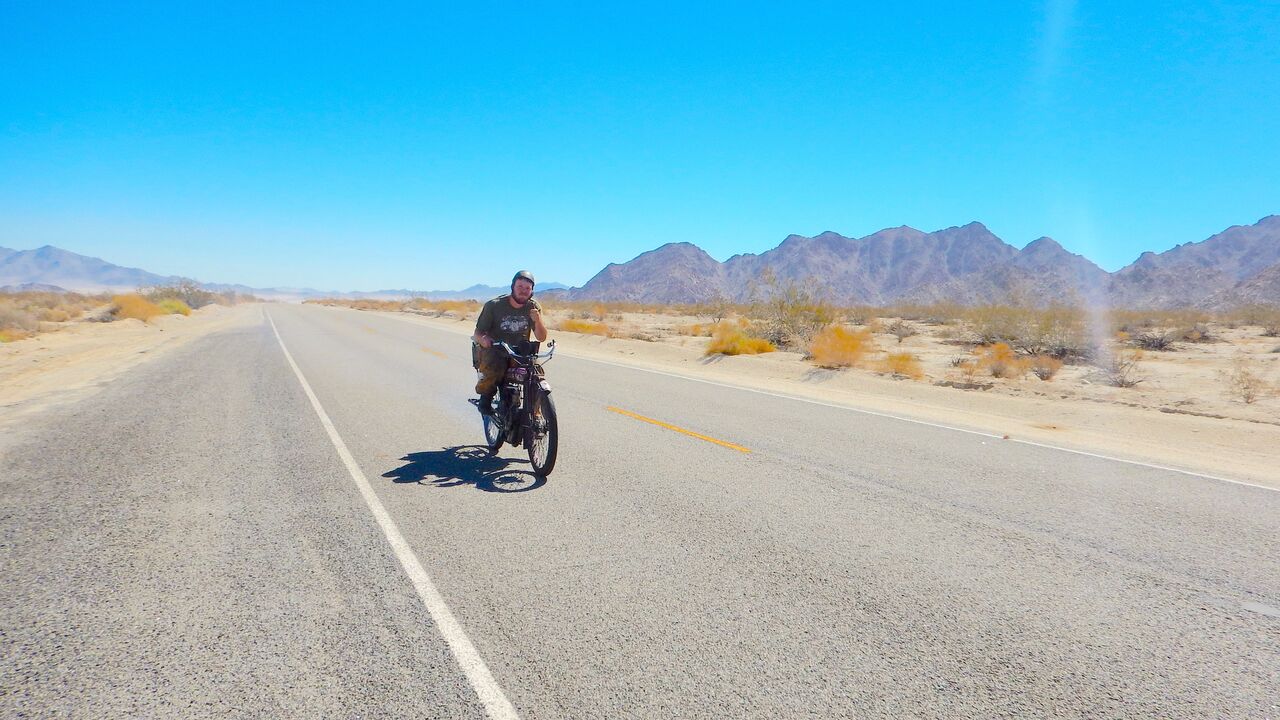 Today, 64 riders started Stage 14 by following the Colorado River through rugged terrain of rock and sand and sparse vegetation.  At mile marker 31 I found #81, Ziggy (who is riding Sharon Jacobs’ motorcycle while she is with her husband who crashed on day two) alongside the road. Having some problems with the spark, a new set of plugs solved the issue, but only for a mile. He pulled off again but the problem this time was with his headlight; it fell off the bike. He came out of the ditch holding his headlight and asked, “Here, can you carry this for me?” Of course I obliged. 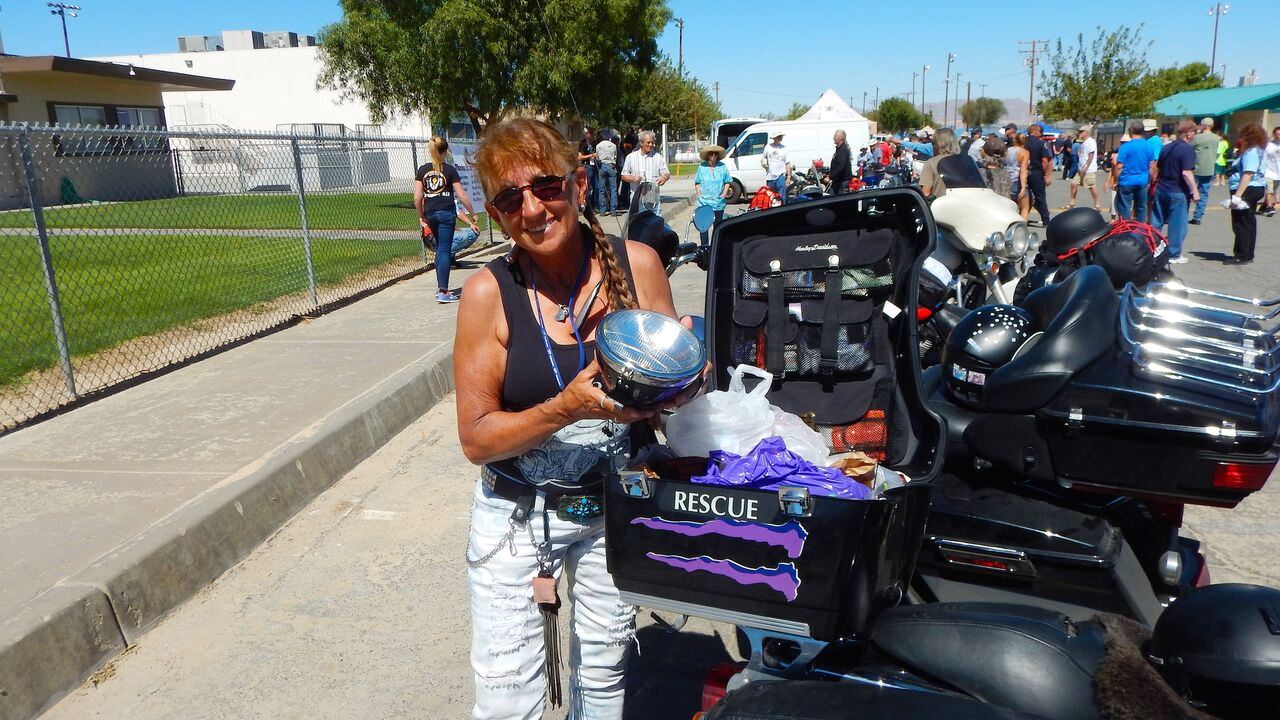 The next 100 miles were relatively incident free. You could see for many miles and the terrain was virtually flat. The temperatures were starting to climb and there were no clouds or shade to offer any relief. The straight roadway offered photographers the opportunity to take pictures of riders. Michael Lichter and Felicia Morgan are the two official photographers for the Cannonball. Michael has ridden backward for all four Cannonballs’s making him the only person who has crossed the United States four times, backward. Wowsa! Somebody call Guiness and inquire if this is some sort of record.

At Mile Marker 106, climbing a steady grade, I saw #109, Alex Trepanier from California on his 1912 single-speed Indian riding in the opposite direction. I finished the climb to the top of the hill and pulled over to wait for him and notified the chase vehicles. 20 minutes later he rode past me. I cheered and clapped as he chugged by. Victory during the Cannonball can be measured many ways besides achieving a place on the leader board.  I rejoice when I see people overcome disappointment with tenacity, correcting an error in navigation, fixing a mechanical problem roadside, or pushing a stubborn whose clutch refuses to attack a steep incline.

We arrived at the lunch stop, hosted by Twenty-nine Palms, to an enthusiastic crowd and a  bike/car show.  Just getting out of the sun for a bit was good for me. I stocked up on more water and took off again. Only a couple miles down the road I found #66, Ben Brown from Pennsylvania working frantically to figure out why he was running on one cylinder. He is a first time Cannonballer and is so pleased to be in seventh place on his 1915 Harley-Davidson. He and his team had replaced the valve seat two nights ago and the heat had loosened it. He managed to get things realigned and was off again with the motor sounding strong.

We rode through the Joshua Tree National Park for miles, ending in Mecca, a little town with only one gas station. It was over 100 degrees and the riders were hot and exhausted. Only 25 hot miles to go but the end of the day is in sight. 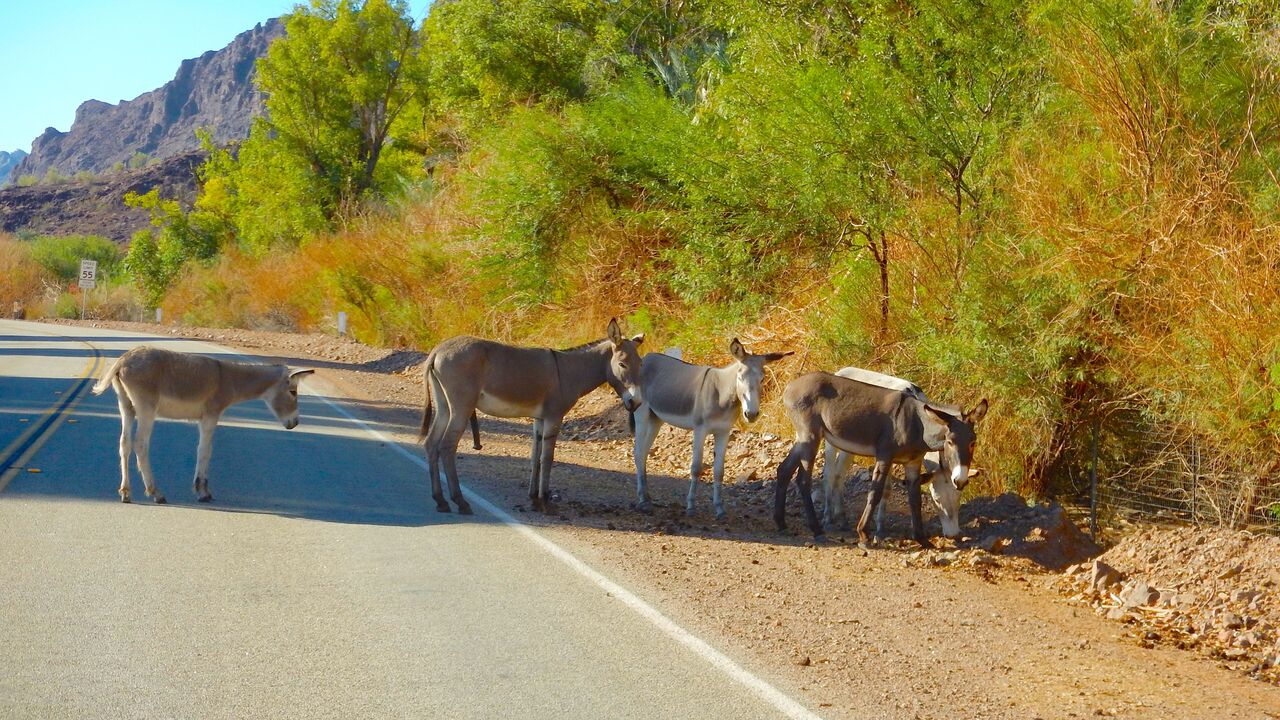 Tonight was special as we walked the parking lots watching people work on bikes and chat about their adventures. This was the last night of camaraderie before the 100 mile trek to the end celebration and banquet tomorrow. Who will win the Cannonball? Stay tuned…… To learn more about the motorcycle cannonball and check standings go to www.motorcyclecannonball.com. 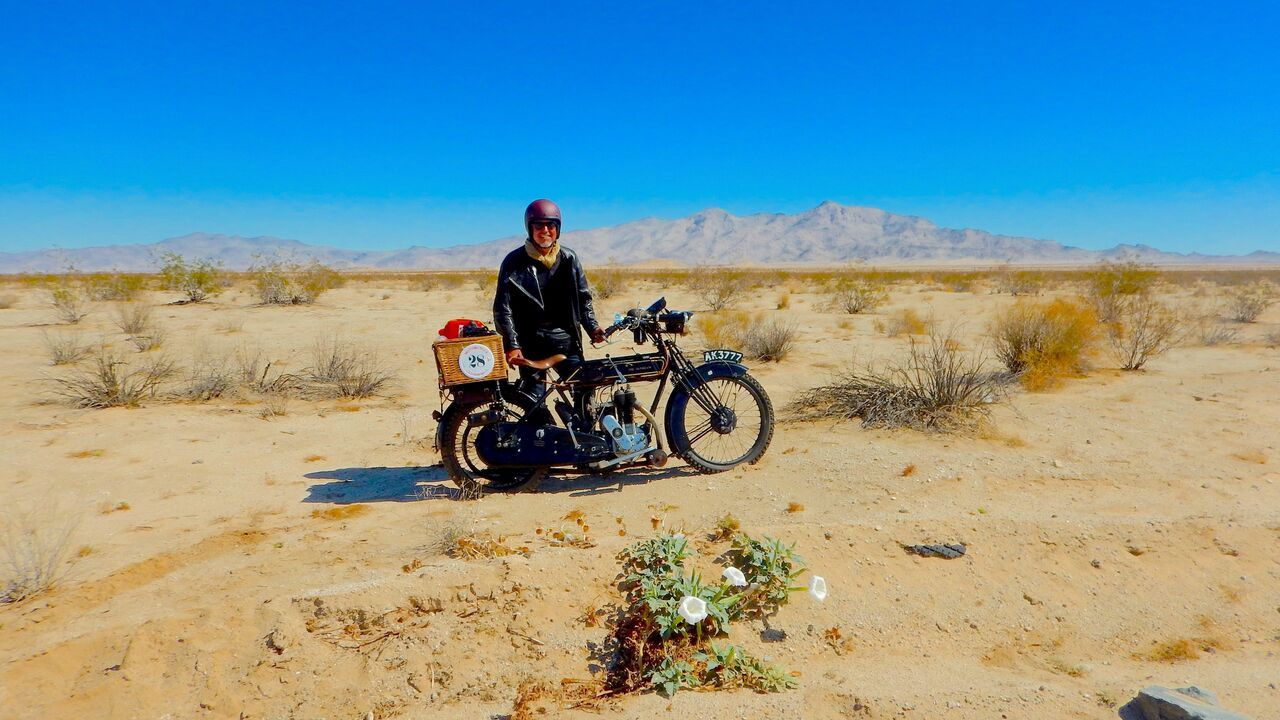