Anticipation: The Day before the Race of the Century

The Inside Scoop by Vicki “Spitfire” Sanfelipo

Most of the Cannonball riders have arrived and the parking lot is buzzing with activity as competitors ready their bikes. Some are riding the bikes around, some are making last minute adjustments while others seem to have everything handled, satisfied with kicking back to watch all of the activity. I see familiar and not so familiar faces. One thing that stood out was the numbers of trucks, trailers and motor homes in the parking lot. The air is already hot and heavy with humidity. There is very little wind. For some reason that didn’t seem to faze those who were having a great time – “can we go yet?”  Some of the riders had practice directions and were taking a 14 mile ride to learn how to read the instructions. Everyone was eager to tell me about their bikes. They look good, clean and ready to head out on this 3,400 mile adventure.

The afternoon started with meetings for staff, then rider’s school and then the banquet with all 300 Riders, staff and support crew in attendance. 92 Riders will start tomorrow morning, Saturday, September 10, 2016 from the Atlantic City Boardwalk.  Although 100 riders were expected, a few dropped out before the start of the ride for various reasons. Bikes will be lined up for photos by Michael Lichter and the ride will officially start at 9:00 am. There are three classes of bikes. Class one is single cylinder, early model, the smallest bikes in the competition and seemingly getting most of today’s attention.   Riders will end in York, PA on the first night after a “short” day. The first day is often the hardest, testing the limits of both rider and machine as they acclimate to the demands of the competition, moving from sea level to about 1,000 ft. in elevation.

Sleep will be elusive for me as well as many of the others, I suspect. I’ll be dreaming of seeing the smiling faces of the proud riders as they head out on an epic adventure on 100 year old machines, the first time in history such a group of motorcycles that old have ever crossed the country under their own power.   I’m already wondering who will win the Jeff Decker Bronze trophy this year.

For those on Facebook, check out the Tony Pan Sanfelipo profile page for the complete photo album of pictures by Vicki "Spitfire" Sanfelipo of each day's ride. 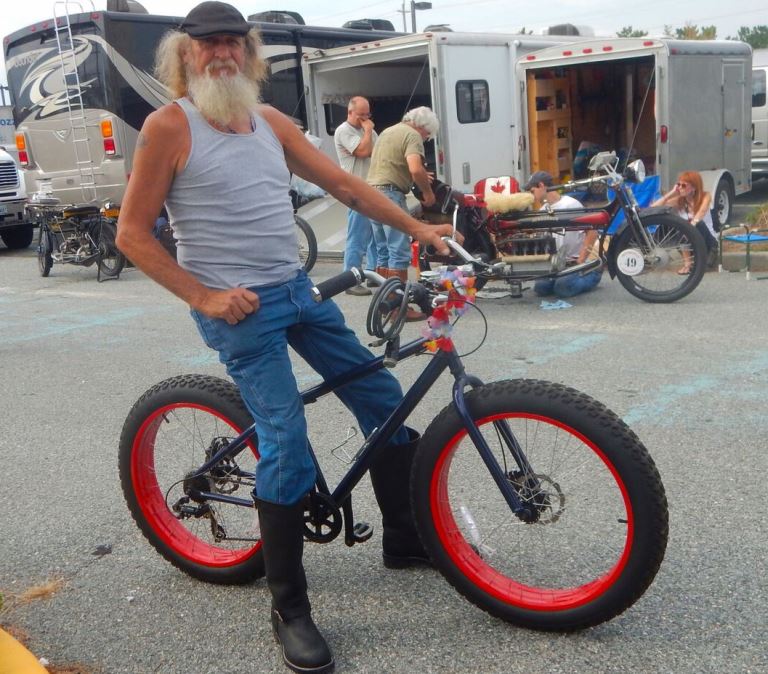 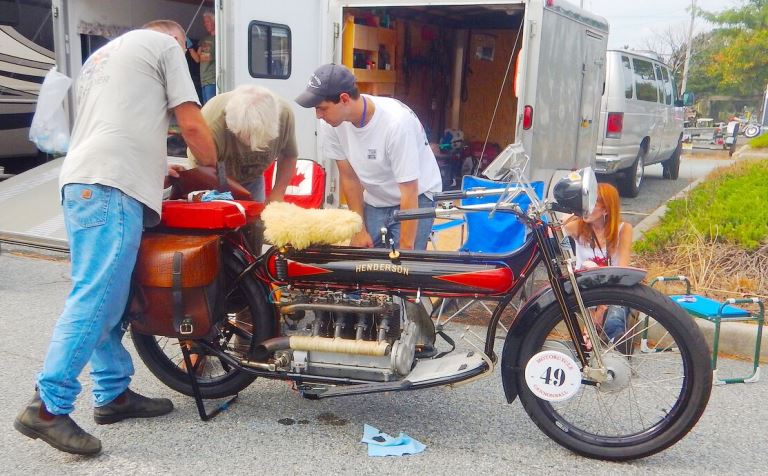 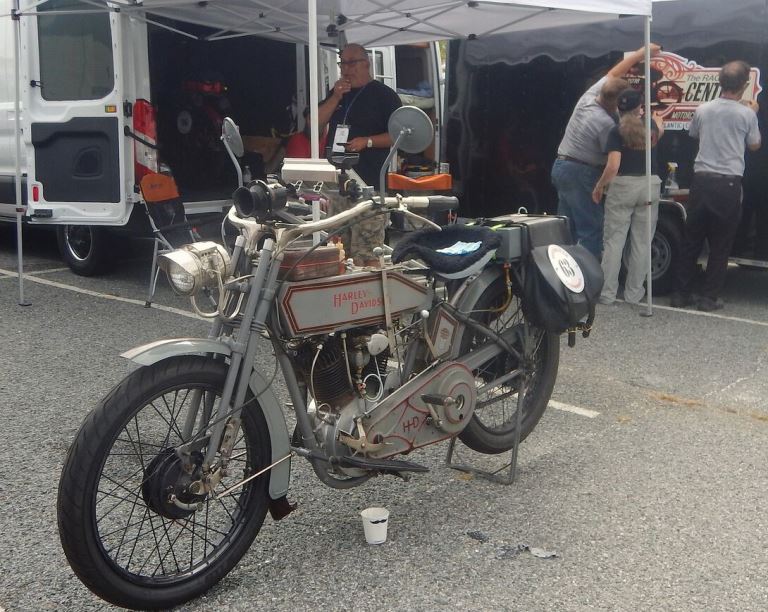 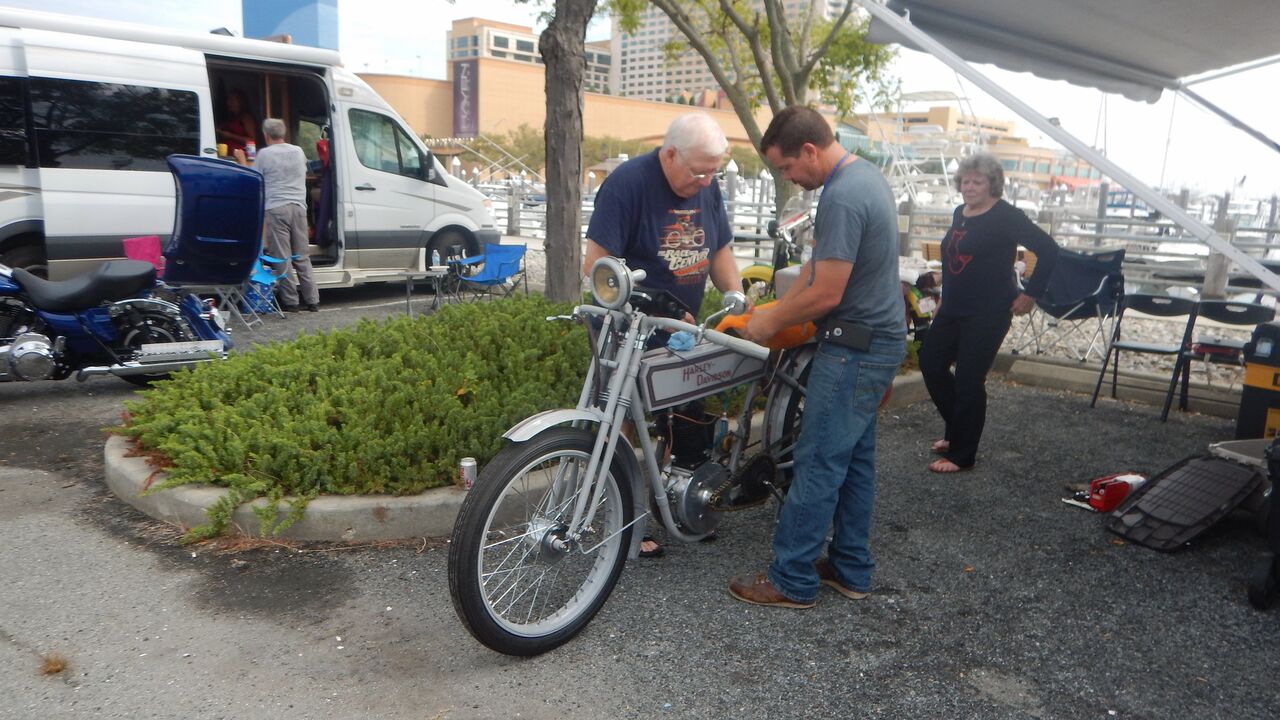 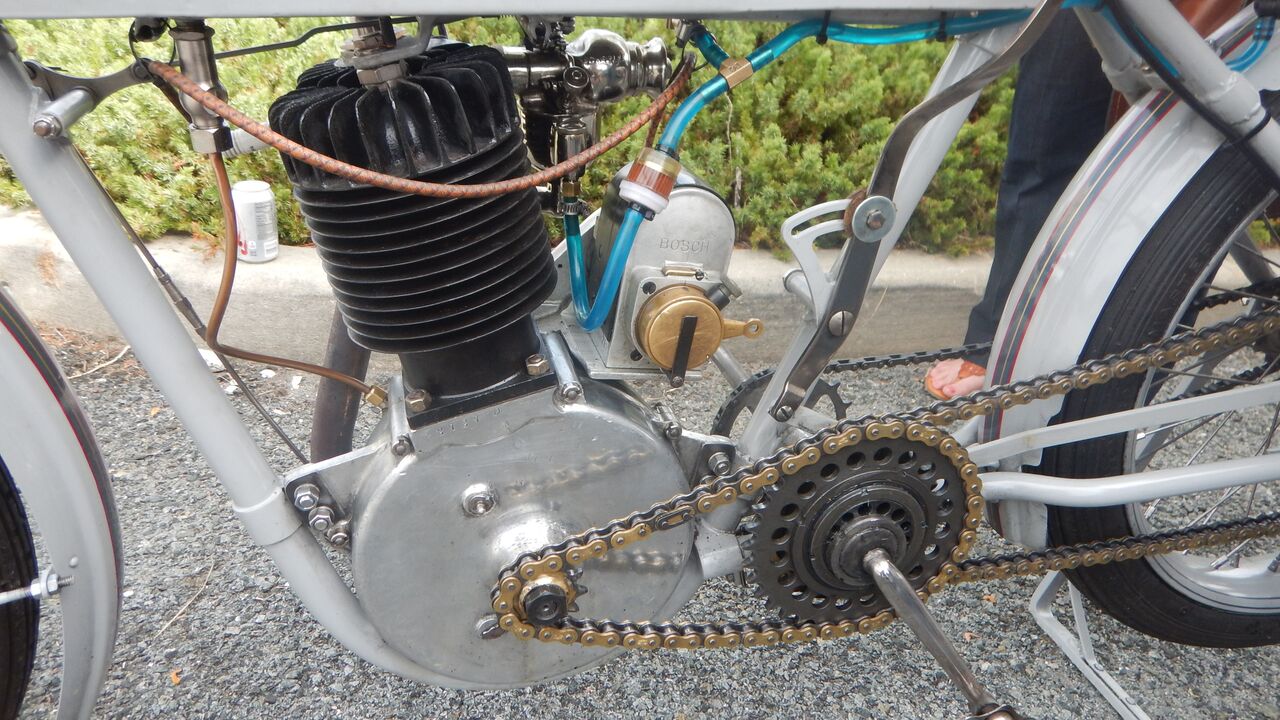 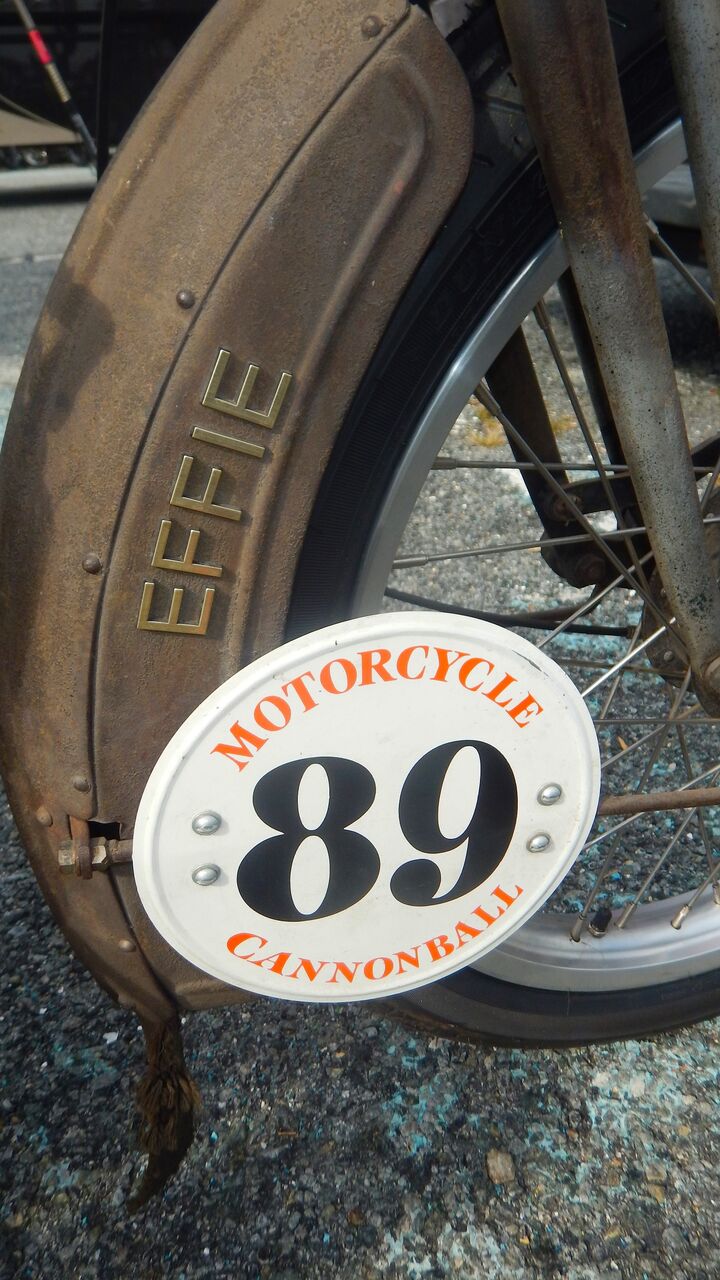 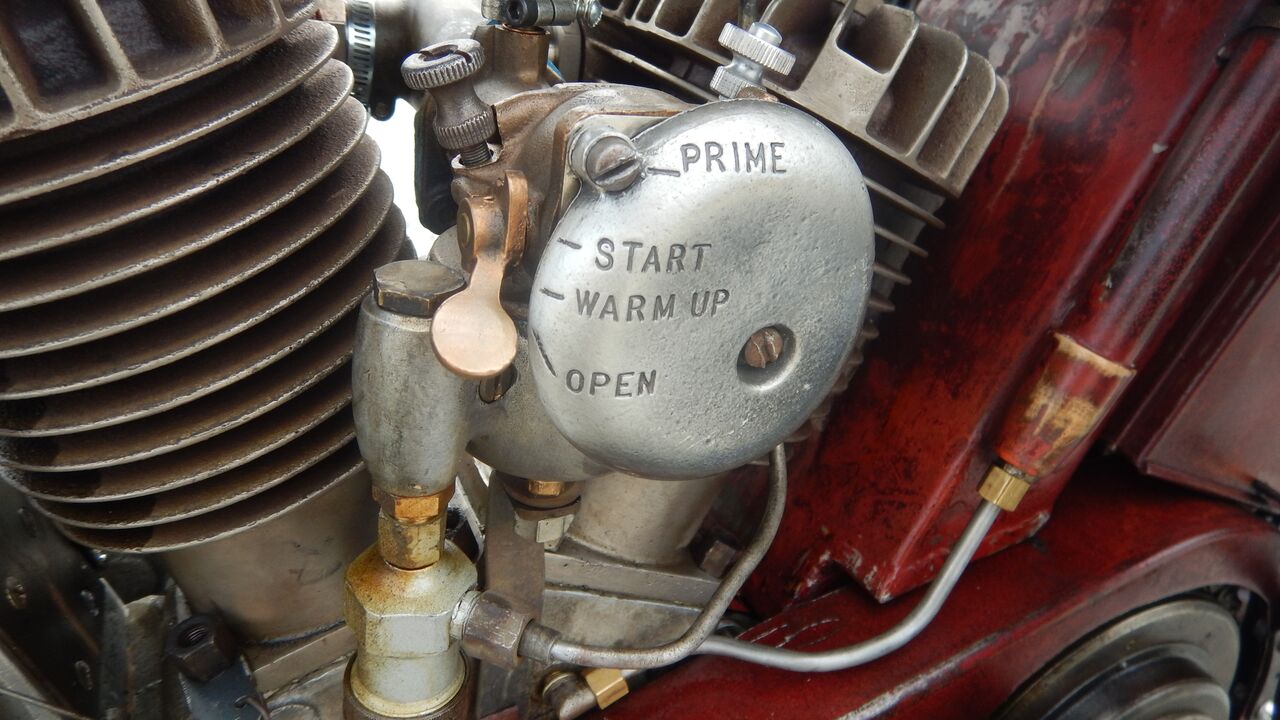 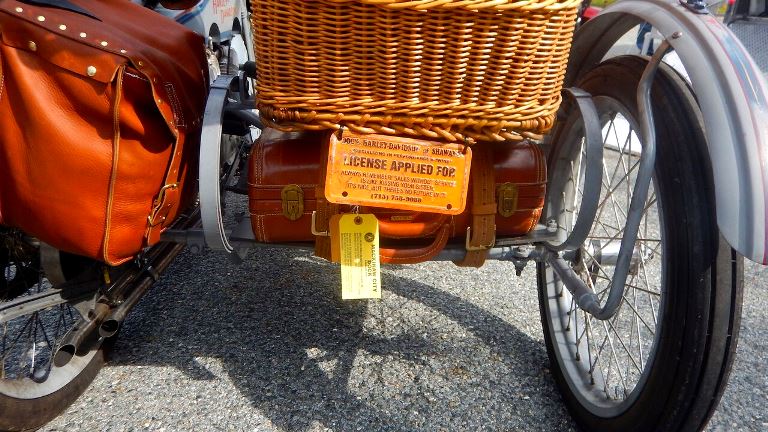 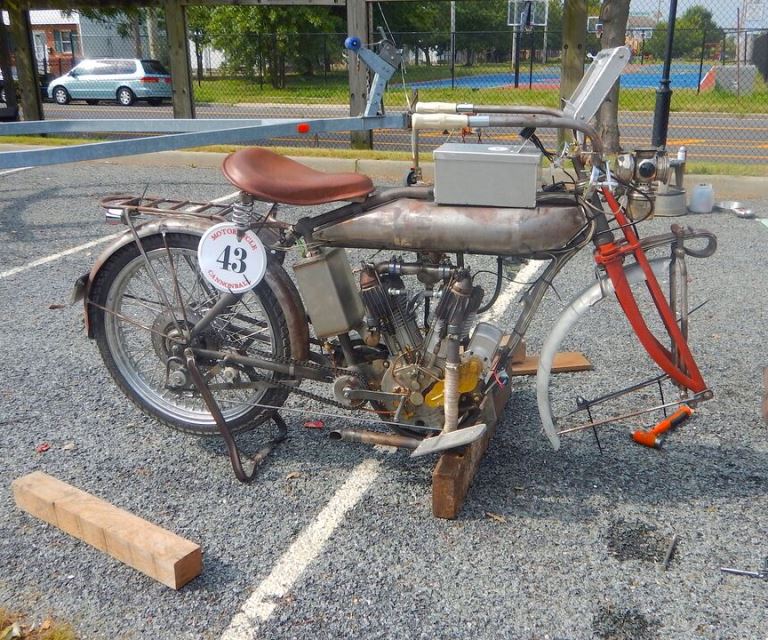