Another Bill Related to E15 Fuel 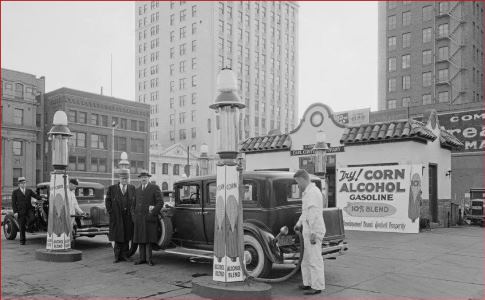 U.S. Rep.Jim Sensenbrenner (R-Wis.) introduced H.R. 21 on January 6, 2015. This bill would repeal the U.S. Environmental Protection Agency’s waiver decision related to E15 fuel and the authority of the agency to grant further decisions in the matter, until the EPA seeks an independent scientific analysis of the effects of gasoline containing up to 15 percent ethanol.

Sensenbrenner has been trying to get an independent study done on E-15 and its effects on small engines since 2012.  In May, 2012, edmunds.com posted a detailed article about the concerns associated with E15. In November, 2012, the American Automobile Association (AAA) warned that E-15 could damage car engines.

With similar bills by Sensenbrenner failing in 2013 and 2014, he authored H.R. 21 this year hoping to get more support from collegues than in past years.

“Despite ample warnings, the Environmental Protection Agency continues to push E15 into the marketplace. The Clean Air Act requires a waiver for any fuel that is substantially different from zero percent ethanol before it is introduced to consumers,” Sensenbrenner said. “The EPA has been granting CAA waivers and justifying the decisions by citing a single disputed study conducted by the Department of Energy.

“Pro-ethanol groups and the EPA argue that E15 has been sufficiently tested and safe for use, a direct contradiction to what the scientists and engineers who build cars and small engines have stated,” he added.  In fact, the Renewable Fuels Association (RFA) accused Sensenbrenner of using stalling tactics with his bills. 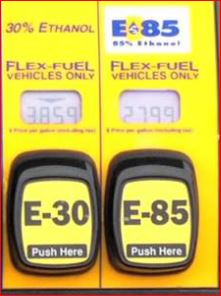 Do not fuel your motorcycle with these blends

The new E15 gasoline formulation may appear at a nearby fueling station, so motorcyclists need to be careful when fueling their motor vehicles. No motorcycles or ATVs are currently on the approved EPA list for E15 use, and the use of E15 can void manufacturers’ warranties. 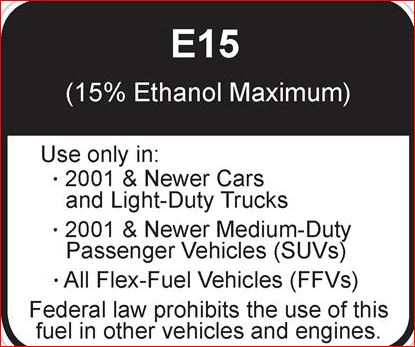 The Motorcycle Riders Foundation advises that beyond voiding a warranty, use of E-15 blend in your motorcycle is a violation of federal law. See the last line of the warning sticker found on many gas pumps.   →

Both the American Motorcyclist Association (AMA) and the Motorcycle Riders Foundation (MRF) are asking members to contact their federal representatives to urge them to co-sponsor H.R. 21.