An old rivalry has been ignited between Indian and Harley-Davidson.  Indian motorcycles have had their shares of ups and downs over the years. After several failed attempts to revive the brand, Indian is currently a wholly owned subsidiary of Polaris. While the two brands have been fighting for dominance in the heavyweight motorcycle market, a new battle line has been etched out in the dirt.

A hundred years ago, Indians and Harleys were doing battle on the board track race circuit, pitting riders against each other on treacherous, steeply banked wooden plank ovals. The death and injury toll in this sport prompted officials to ban this type of racing in the 1920s. Although the public lost interest in board track racing because of the carnage among racers and spectators, the allure of young men racing at 100 miles per hour and more, bearing team monikers like Harley-Davidson’s “Wrecking Crew,” never faded the desires to witness contests of speed by the public.

Enter the era of the flat track race.

Indian, founded in 1901, is the oldest, mass-produced motorcycle in America. Harley-Davidson soon followed in 1903, establishing the oldest rivalry in motorcycles in America. Racing has been the heritage of both brands, fiercely competing in AMA-sanctioned races, as well as “outlaw” encounters on small tracks and even roadways across the country. Both brands have loyal fans who think crossing over to the other side is sacrilege.

Although I’ve only owned Harley-Davidson motorcycles, and currently have four parked in my garage including, a 1948 Panhead, I really don’t subscribe to the idea of never owning a different brand. In fact, I recently considered buying a BMW for road trips and I’ve always coveted Ducati motorcycles. Now, Indian has entered into my considerations with its Indian Dark Horse model.

Racing has always been a marketing tool for major brands, and Indian and Harley are about to get real again in the dirt.  I like all types of racing, but given a choice between road racing, drag racing and flat track, I personally prefer doing it in the dirt. Among the different venues of flat track, I most enjoy the vintage bike flat track races. In fact, I’ll be enjoying some of them at this year’s Sturgis rally.  The Pappy Hoel Classic races held at the Meade County Fairgrounds on Ball Park Road in Sturgis include AMA Pro Series on Monday, August 8, and Vintage board track style bikes on Tuesday, August 9. 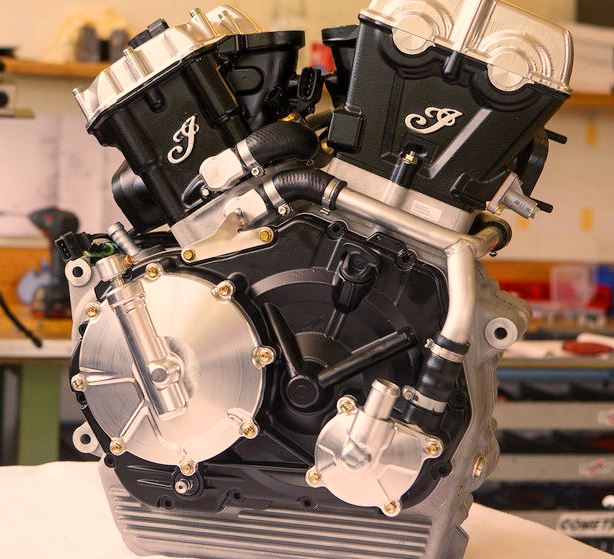 In addition to the Pappy Hoel Classic, there will be AMA Pro flat track races at the Black Hills racetrack in Rapid City on Monday, August 8.  What makes this race special is the returning champion, Jared Mees, who has been hired by Indian to pilot the new FTR750.  This is a V-twin race motor developed just for the track. What’s interesting is the fact that Mees has been a winning member of the Vance & Hines sponsored race team riding the Harley XR 750. As recently as July 30, he took first place in the Harley-Davidson GNC1 race in North Carolina at the Charlotte Half Mile. He has a winning record as Grand National Champion in 2009, 2012, 2014 and 2015, as well as the X-Games Gold Medalist in 2015. I can’t wait to see how he does riding the new FTR750. 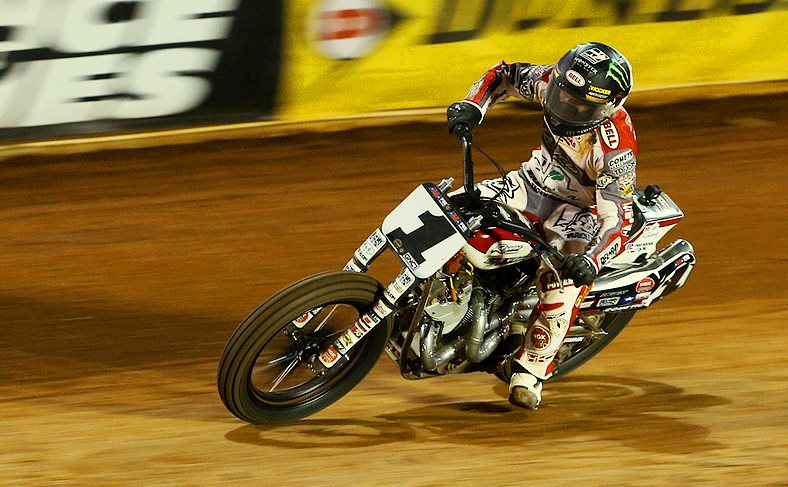 Jared Mees aboard a Harley XR750

Indian knows the value of having a winning-race motorcycle, and Harley, not to be outdone, has stepped up to the challenge by designing an improved version of its XR750.  Unlike Indian, the Harley-Davidson XG750R is a production-based motorcycle and, as such, is subject to slightly different restrictions under AMA Pro Racing rules. Whether that’s an advantage or not remains to be seen.

Polaris has teamed up with Swiss Auto, purchasing the power sports division, and renaming it Polaris-Swiss Auto. It is this group that is continuing the design of the FTR750.  Swiss engineering teamed with a Grand Champion rider could spell success for Indian on the flat track circuit.

Meanwhile, Harley has teamed with Vance & Hines to help turn the XR750 into a track burning hot rod. Relative newcomer Davis Fisher will be astride the XR750, aiming for a podium spot in the upcoming race seasons.

How do the two bikes compare? They are both water-cooled, overhead-cam, four-valve V-twins. A casual glance at the motors reveals the XG is similar to the XR, and Indian’s FTR motor resembles the Indian Scout. If you’re a techno freak, you can find the details on both by reading industry magazines or visiting their respective websites.  I’m not a techno, so all that torque, compression ratio jazz doesn’t mean a lot to me. But for raw comparisons, the Indian has a displacement of 748 cc versus Harley’s 749 cc. Comparison of horsepower puts the FTR at approximately 109 compared to the XR’s 95 at 11,400 rpm.  The Indian motor is also 39 pounds lighter at 106 pounds. 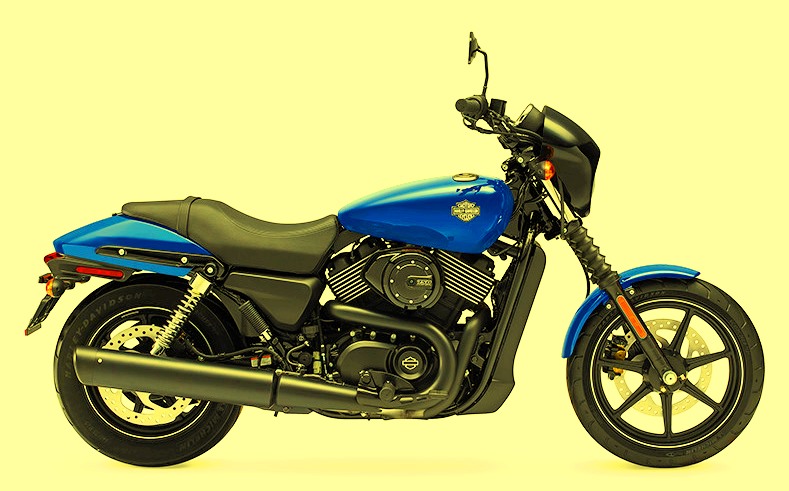 Anyone familiar with flat track racing in the dirt knows that horsepower alone doesn’t win these types of races. In fact, too much horsepower could be a bad thing. Knowing how to apply power (torque) without losing traction is the key to success in flat track racing. The modern era of flat track racing is on the horizon, and the outdated XR750 appears to be ready to secede to the new generation XG750.  Will that be enough to reign supreme over Indian’s FTR750? After all, Harley dominated the Grand National Championships with 50 wins in the last 62 years.  Of course, that dominance started one year after Indian went out of business for the first time, in 1953.