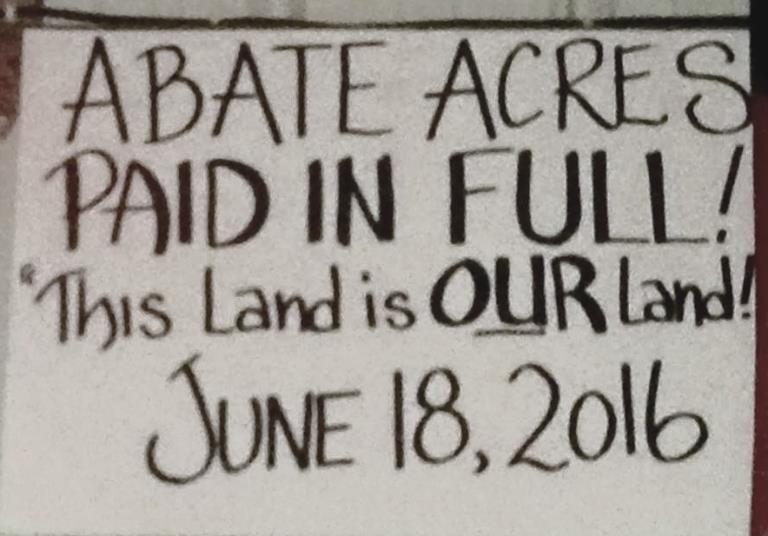 Dan Frantz was a member of ABATE of Wisconsin's board of directors, as well as being its finance director. He embraced the idea of ABATE of Wisconsin owning its own land for ABATE events, which was supported by then Executive Director Ed Williams. Unfortunately, Frantz died before seeing his dream come true. In 2009, a fund was established in his name, designed as a mortgage debt reduction fund.

Donations started coming in, but it was clear that it would take a very long time to pay down the mortgage for the land situated near Greenwood, Wisconsin. With that in mind, Attorney Michael Hupy proposed a matching grant program to the board of directors, pledging to match whatever donations were received in 2010. That was a magic spark, as donations started arriving in record numbers. Each time the match was reached, Attorney Hupy increased his pledge, resulting in a total of $17,000 donated in the first year of the matching grant program. 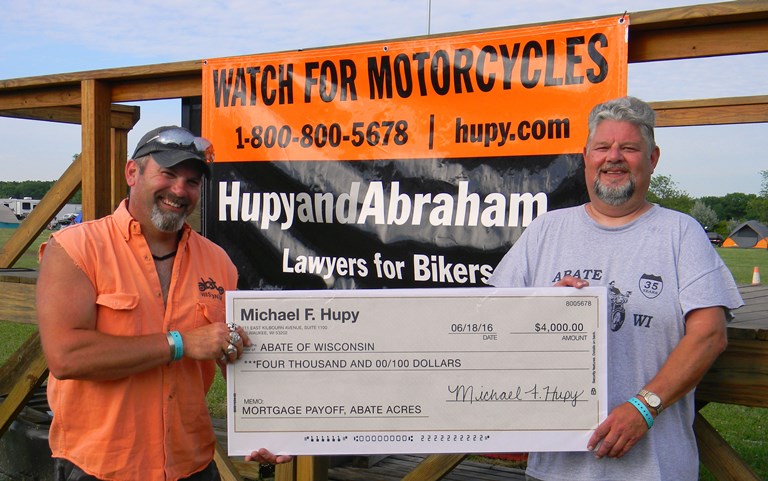 Expressing gratitude, Attorney Hupy thanked all the members, individuals and businesses that helped achieve this successful campaign to pay down the mortgage. When ABATE's finance director, Paul Vita, informed Attorney Hupy that the balance in 2016 was $8,000, he immediately pledged to match ABATE's total of $4,000 with his personal check for $4,000.  In all, ABATE raised $11,000 in donations, and Attorney Hupy's check in the amount of $4,000 was presented at the annual Summer Hummer on June 18, preceding a special "mortgage burning" celebration.

Hupy and Abraham, S.C. congratulates ABATE of Wisconsin for succeeding in its priority mission of owning its own land, free and clear, and also recognizes the generosity of the many people who contributed to the matching grant program to make this a reality.