31st Annual Meeting of the Minds a Success

The Motorcycle Riders Foundation (MRF) held its 31st annual Meeting of the Minds (MOTM) on September 24-27, 2015.  A national event that travels to various states each year, this year’s event was hosted by ABATE of Wisconsin.

Guests arrived at the Sheraton Hotel in Brookfield and were greeted by wonderful weather and warm hospitality. The MOTM brings together the top motorcyclists’ rights activists from across the country for several days of workshops, brainstorming and socializing.  Educational sessions had captivating titles including “Decreasing the power of toxic members in your organization,”  “Your rights at a traffic stop” and “What do you see when you ride?”

On Friday, September 25, a fundraiser was held to benefit the Awareness and Education program at MRF.  Hupy and Abraham, S.C. was proud to sponsor this event by paying for a traditional Wisconsin Friday-night fish fry and for the night’s entertainment, provided by classic rock band Doctor Snake Oil. The leader of Doctor Snake Oil, Drew “Doc” Webb, is an investigator working at the Milwaukee office of Hupy and Abraham, S.C. 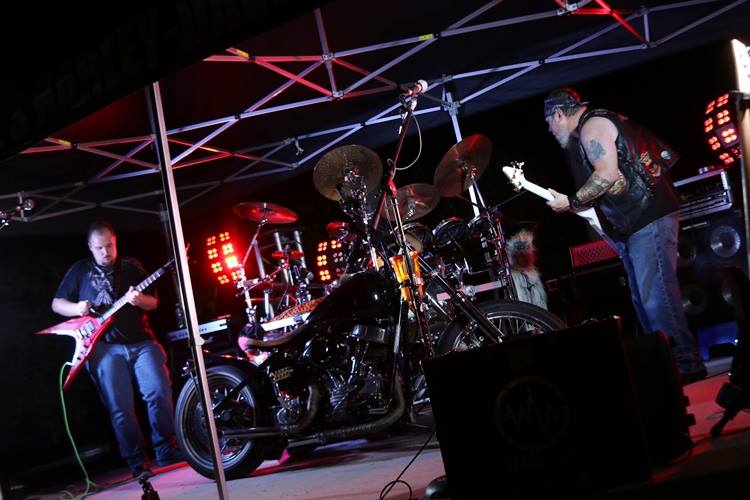 Attorney Michael Hupy was at the conference the entire weekend and especially liked the workshop conducted by Virginia attorney Matt Danielson dealing with traffic stops. Hupy said, “We need more attorneys helping the various state motorcyclists’ rights organizations like this.”

Two of the more entertaining presentations came from Tim Hoelter and Slider Gilmore.  Hoelter was a member of the team of Harley-Davidson executives that bought the company back from AMF in 1981. He is also a neighbor of the Hupy family.  His talk included an inside look at that deal, the trials and tribulations of resurrecting a company from the brink of foreclosure, and the huge obstacles they faced which included competition from Japan and a crippling recession.

Slider Gilmore’s speech was much lighter in comparison and explained how to establish goals and what to do to reach them.

During the general session on Saturday morning, MRF President Kirk “Hardtail” Willard presented the President’s Silver Cup award to Tony “Pan” Sanfelipo, a 24-year employee of Hupy and Abraham, S.C.  Sanfelipo was recognized for his 41 years of service to the motorcycle community and as founder of ABATE of Wisconsin.  It was Sanfelipo who convinced Willard to join ABATE of Wisconsin nearly 30 years ago at a meeting in Racine, Wisconsin. 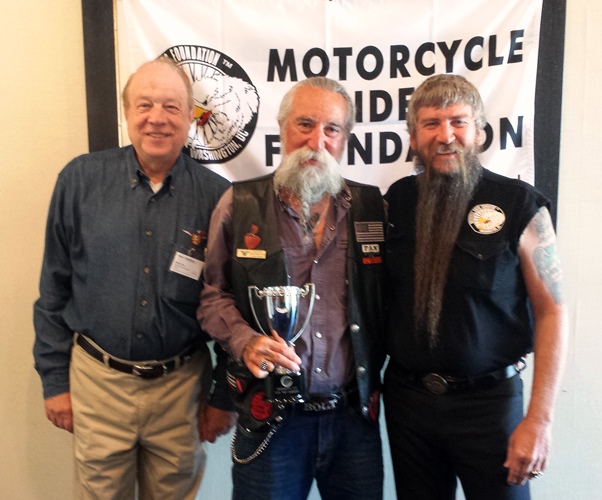 Willard went on to hold several offices in ABATE of Wisconsin, including Public Relations Officer and Deputy Director, before becoming Vice-President and currently President of the MRF.

Next year’s Meeting of the Minds will take place in Oklahoma and this year’s participants are already looking to 2016 as a continuation of the tradition of one of the best motorcyclists’ rights conferences in the world.