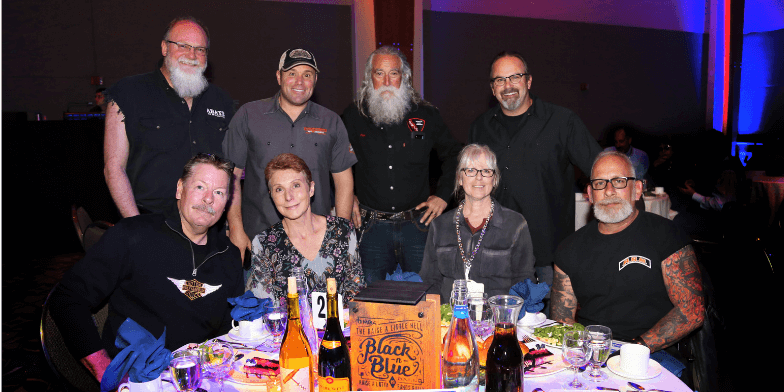 For the last 26 years, the Muscular Dystrophy Association of Southern Wisconsin has partnered with Harley-Davidson to present the “Black-N-Blue Ball,” the largest fundraising event for MDA in the Midwest. Hupy and Abraham, S.C. has participated in this event for over a decade, sponsoring corporate tables for employees and guests of the firm. In the past, Attorney Jason Abraham worked on the steering committee for the event.

Muscular Dystrophy is a neuromuscular disease that weakens and causes degeneration of skeletal muscles. Events like the Black-N-Blue Ball raise much-needed money to continue research on this and other related diseases like Motor Neuron Disease and Amyotrophic Lateral Sclerosis (ALS). 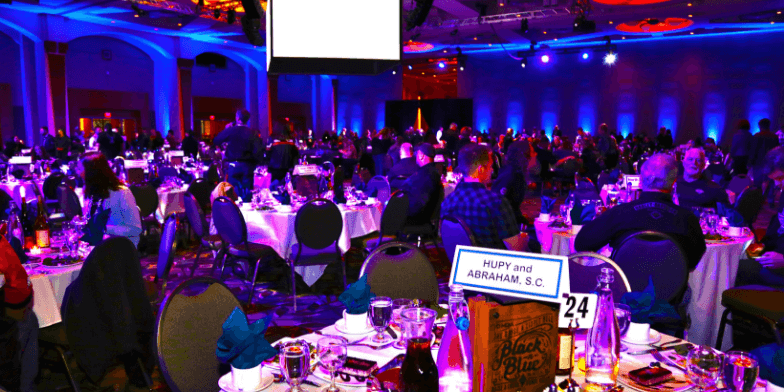 The Wisconsin Center in Milwaukee was filled to capacity as hundreds of guests from the corporate world mingled with members of the motorcycle community on May 10, 2019. Hupy and Abraham, S.C. Attorney Brandon Derry (Madison office) and longtime employee Tony Sanfelipo greeted guests David Charlebois and Tim Tomann (ABATE of Wisconsin), Chris and Nancy Tribbey and client John Boy Teed and his wife, Kimberly. Local TV anchorman Ted Perry was the master of ceremonies, and he encouraged the crowd in a donation frenzy that raised over $300,000 in a manner of minutes to help send kids to summer camp. Summer camp provides swimming, horseback riding and other activities for kids with MD, while building self-confidence. It also provides a much-needed respite for parents who deal with the daily caregiving of children affected by the disease. 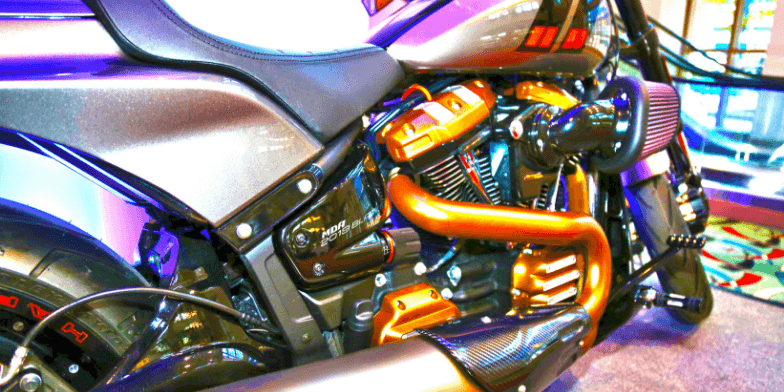 In all, over $1,225,000 was raised during the evening festivities, which included silent and live auctions. A very special event occurred after the night’s banquet. The first ever LiveWire motorcycle was offered during the live auction. It was a chance for someone to own the new electric motorcycle before anyone in the world was able to purchase it. Bidding started at the suggested value of the bike, $30,000, and a bidding war ensued, ending in Harley-Davidson agreeing to let each bidder be the first to own the motorcycle. The winning bids were $55,000 each.  Later, one guest who was not present during the auction agreed to meet that bid if allowed to, and Harley-Davidson representatives said he would also be included in the exclusive group of first-time owners of the LiveWire -- $165,000 in total for the three bikes.

It was another astounding evening of the community coming together to raise money for this worthiest of causes, and Hupy and Abraham, S.C. is proud and thankful to be a part of it.