12 Motorcycle Movies to Get You through Winter 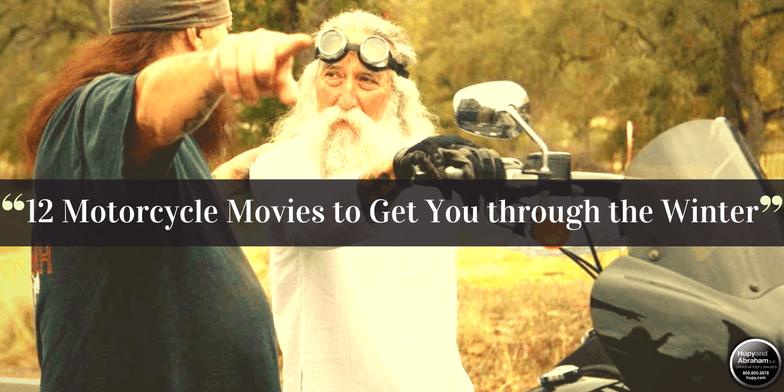 Hupy and Abraham investigator Tony Pan Sanfelipo as God on a motorcycle, with "Rebel on the Highway" writer and producer Charlie Brechtel

In the dead of winter, not much beats a cozy day inside with a good movie. Check out our staff picks of motorcycle flicks to get you through til Spring!

EDIT - Some crowd favorites to add!

14. Rebel On the Highway

And don't forget to tune in to our very own Tony Sanfelipo starring in the Biker’s Inner Circle production of “Rebel on the Highway” in summer of 2017.