Nothing helps kick off the spring riding season in Wisconsin better than the Support the Troops Ride.  Originated 11 years ago by HOG member Rollie Timm, this event keeps getting better and better. Hundreds of riders assembled at Hal's Harley-Davidson in New Berlin, Wisconsin for a free pancake breakfast, sponsored by Hal's and Hupy and Abraham, S.C., the law firm most active and representing more injured riders than any other in the state.

After purchasing a CHD Twisted Paracord bracelet, with a portion of the proceeds going to veteran's service organizations, I visited with Gina Woods at the HER Project display.  The Harley trike she was riding was built by HER Project women veterans and will be raffled off at Woodstock Harley-Davidson during the 9-11 ceremony there in September. 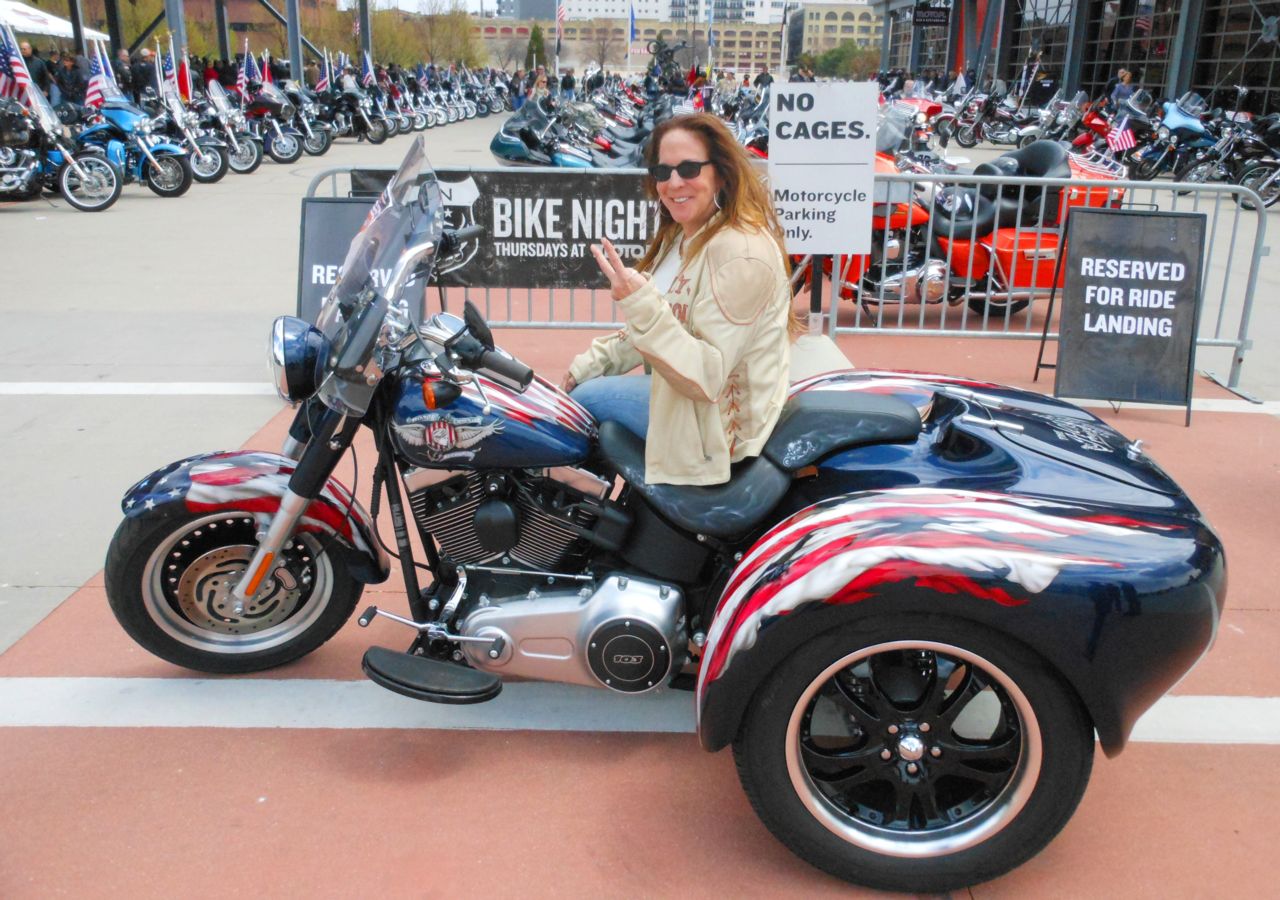 The parking lot at Hal's filled up rapidly as bikes lined up behind the honorary escort bikes provided by the American Legion Riders. It was a grand sight seeing all those flags radiating in the sunlight. 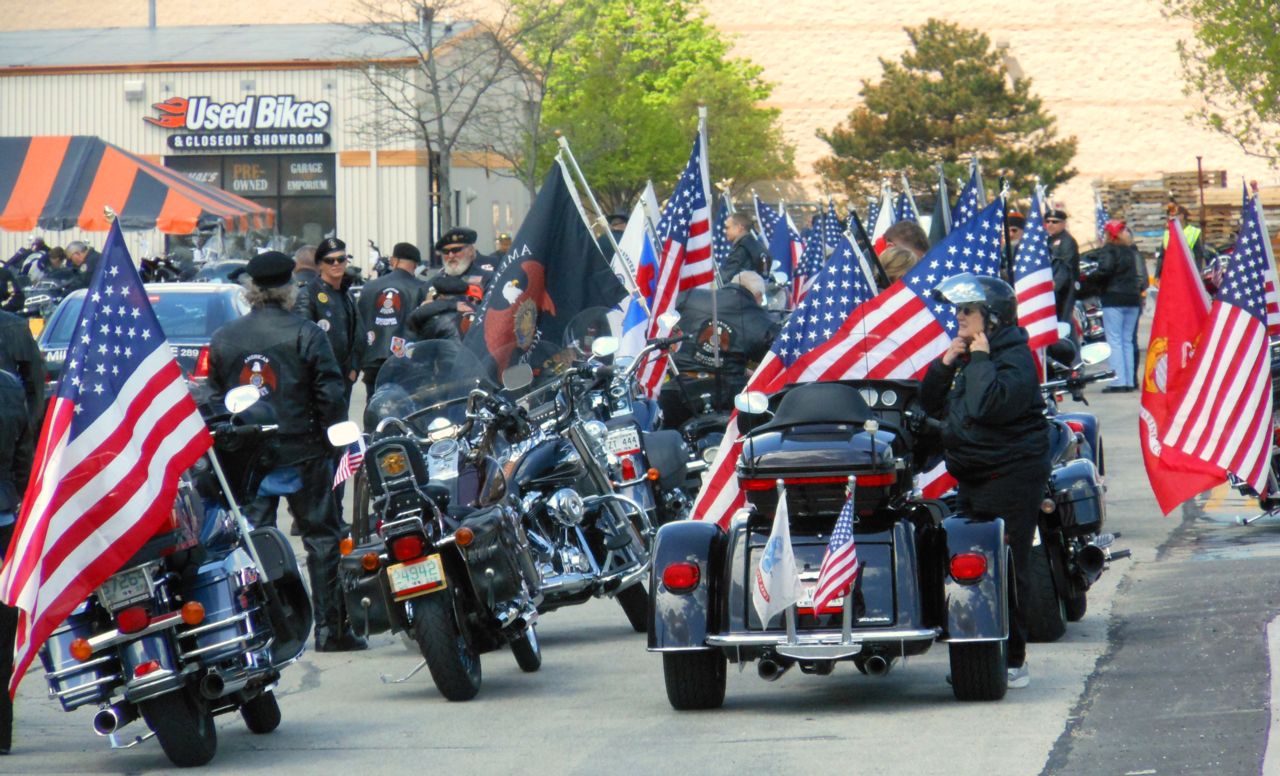 As the pack rolled out of the dealership at 11:00 A.M. sharp, New Berlin police,  Wauwatosa Police and Milwaukee Police departments handled all the major intersections from New Berlin to the Harley-Davidson Museum in downtown Milwaukee. Once moving, the group never stopped or had to put boots to the ground until we rolled into the museum parking area.  We were greeted by a huge contingent of spectators and military personel. There were military vehicles on display and the various branches of service were on hand to greet and talk to the event participants. The museum was giving away a new leather jacket to some lucky winner just for filling out a card with an email and phone contact number.

The American Legion Band entertained the crowd until the official program started. It was apparent to everyone there that Wisconsin supports our young men and women in service to our country.  As one speaker described some of the sacrifices that were being made, a fly-over took place with first a roar of jet engines, and then the roar of approval from the crowd below.

One of the speakers, representing Milwaukee County, was none other than Sheriff David Clark. He gave an emotional and insightful speech describing the deep respect he has for the sons and daughters of America serving in the military.  I heard more than a few comments about how many in the crowd felt he should run for mayor of Milwaukee. 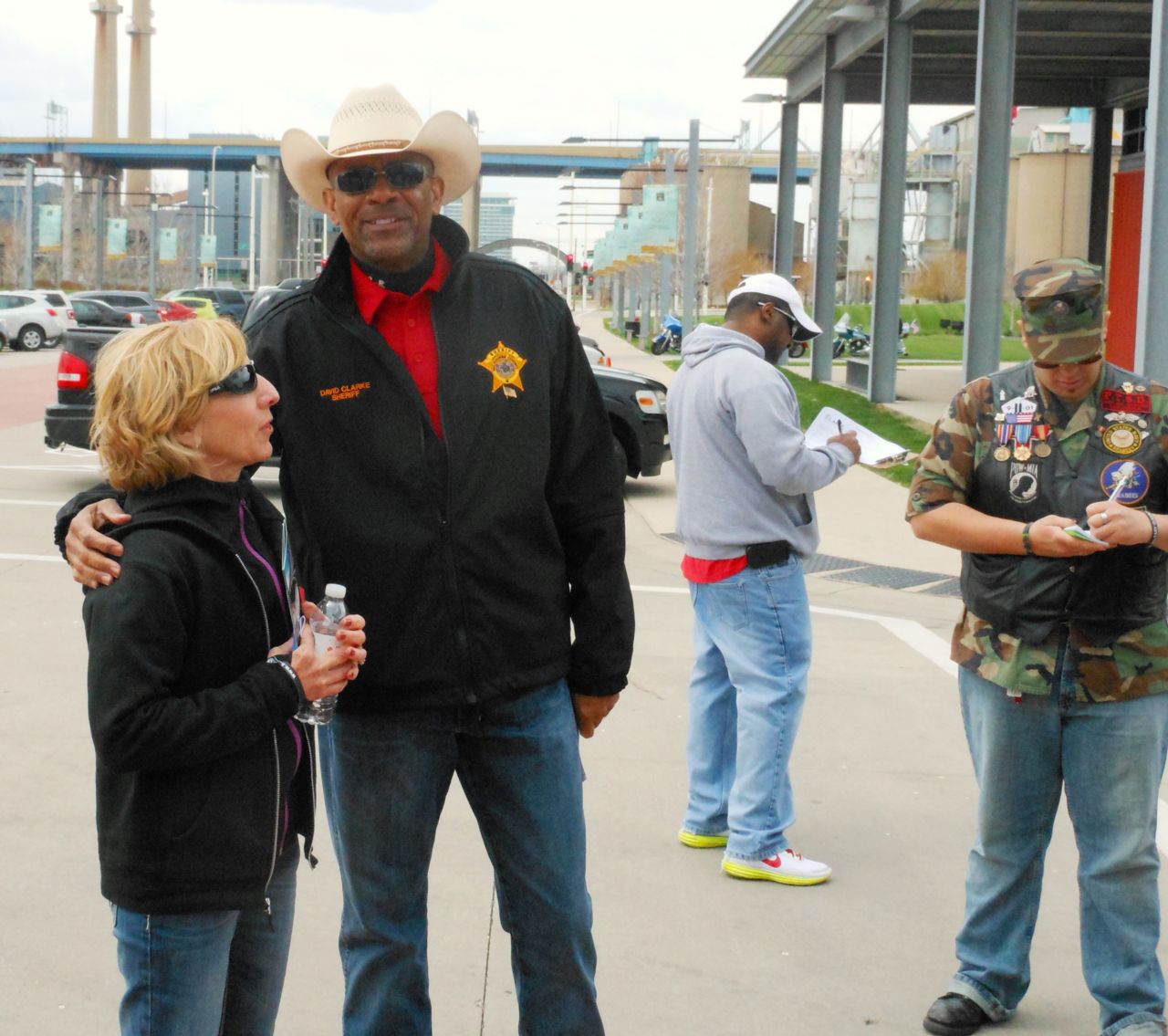 At the end of the speeches, there was a wreath laying ceremony, assisted by the Coast Guard, while 24 melancholy notes ecohed across the river; "Day is done, gone the sun,...."  Always an emotional roller coaster when you hear Taps from a lone bugler.

Soon bikes were departing the museum grounds for parts unknown. The weather was beautiful, the ground was dry and pride for our military and country was in everyone's heart. 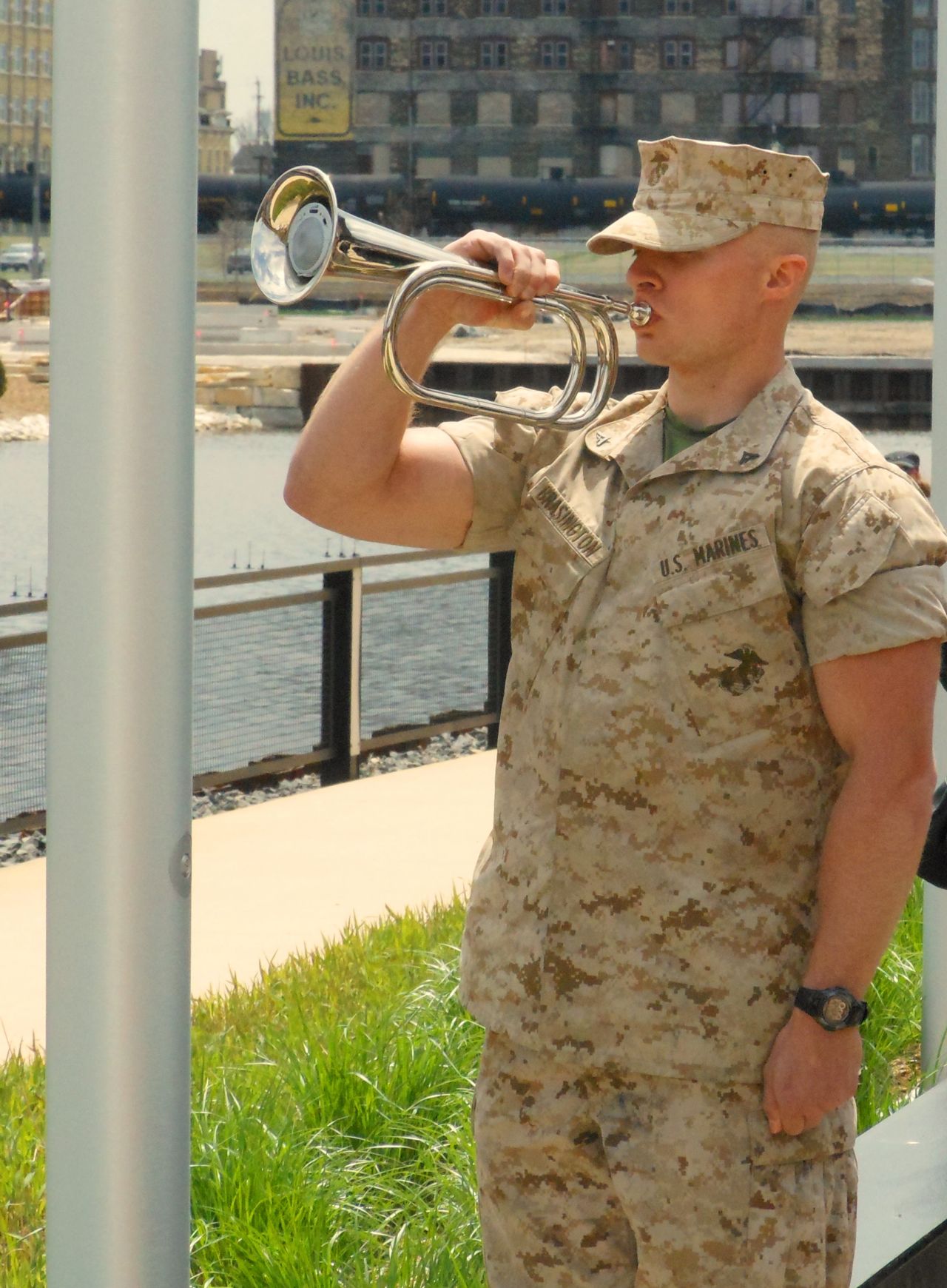