“From A Mom Who Wants to Save Another Mom’s Son” 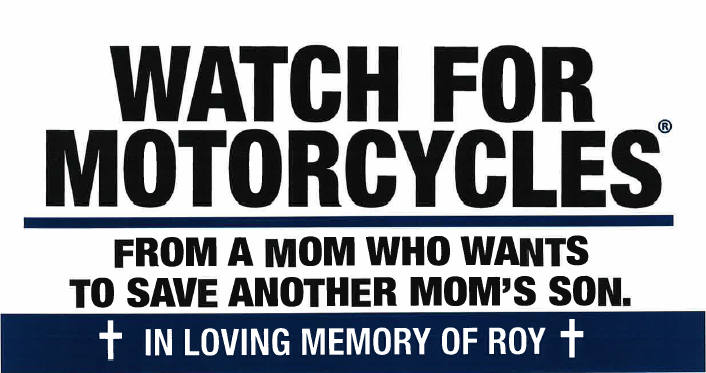 On October 3, 2012, Julie Rennhack lost her son to a motorcycling accident in the village of Rothschild, Wisconsin. A young driver failed to yield the right of way while turning left at an intersection, and struck Roy Rennhack, who the young driver claimed he never saw. Roy survived on life support for a short while after the incident, until the family made the hard choice to remove him from it. Devastated, Julie spent the next five years trying to secure a motorcycle awareness message on a billboard in Rothschild. She wanted to attempt to ensure that no mother had to endure what she and her family had suffered.

In March 2018, after years of unsuccessfully petitioning other companies for help, Julie reached out to Hupy and Abraham. Knowing the work the firm has done for the motorcycling community and having seen the “Watch For Motorcycles” campaign throughout the state, Julie felt Hupy and Abraham was the perfect place to turn to, despite never having worked with them before.

The firm agreed to come onboard, and after multiple meetings, design drafts and phone calls, a final location and layout were chosen. The message was one all riders, drivers and families can support – “WATCH FOR MOTORCYCLES, From a Mom Who Wants to Save Another Mom’s Son.” This billboard was unveiled in Rothschild in May 2018, coinciding with Motorcycle Awareness Month in Roy’s memory, and honoring Julie’s wishes to help protect other riders.

Over the last 50 years, the law firm of Hupy and Abraham has spent hundreds of thousands of dollars supporting the “Watch for Motorcycles” message throughout Wisconsin, Illinois and Iowa. This message is vital for not only drivers everywhere, but to all families as well. Hupy and Abraham urges everyone to keep this awareness message in mind every time they drive, because every biker is someone's loved one.

To find out more and to get your free “Watch for Motorcycles” awareness sticker, visit our free offers page.