Could You Have a Wrongful Death Case After a Fatal Car Crash? 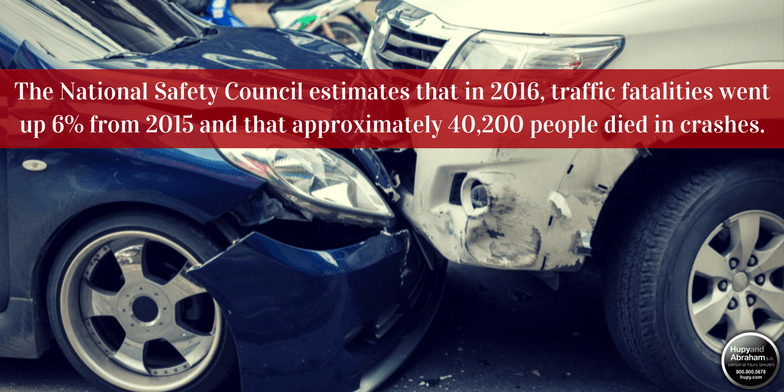 For the first time since 2007, more than 40,000 people lost their lives in car accidents in the United States during 2016. The National Safety Council estimates that traffic fatalities were up 6% from 2015 and that approximately 40,200 people died in crashes.

Fatal car crashes happen all too frequently. According to the latest statistics:

Was the Other Driver Negligent?

If you allege that the other driver was negligent, then you will need to prove…

Some examples of negligent driving that may result in a fatal crash and a wrongful death claim include:

These, and other forms of negligence, can result in car crashes, bicycle wrecks, pedestrian collisions, and truck accidents.

If your loved one has died in any type of accident, then it is important to speak with an experienced wrongful death lawyer as soon as possible about recovering damages and protecting your rights. Let us help you during this difficult time. Contact us today via this website or by phone to schedule a free, no-obligation consultation at your convenience.