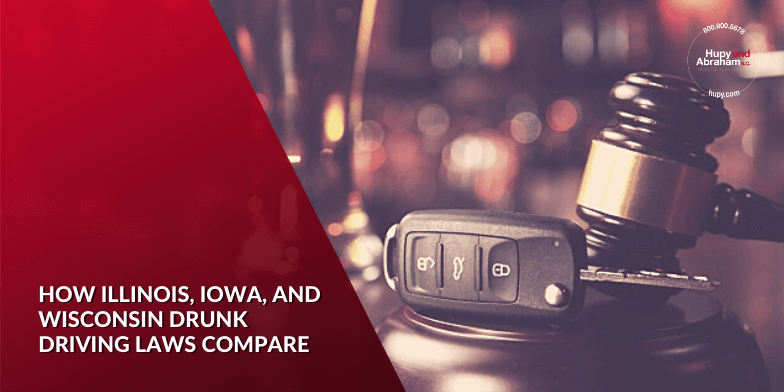 There is a lot of work that can be done in Wisconsin to improve drunk driving laws. According to MADD, Wisconsin currently:

One of the most important things that Wisconsin could do is make any drunk driving offense at least a criminal misdemeanor, as every other state in this country already does. Wisconsin could also improve its laws by enacting an all-offender interlock law with compliance-based removal, allowing sobriety checkpoints and using them at least monthly, and enacting a law that makes child endangerment by DUI a felony.

Illinois has some of the strictest drunk driving laws in the United States. In Illinois:

Illinois was an early adopter of an all-offender interlock ignition law, and the state saw a 13% decrease in drunk driving deaths in the first decade the law was in effect. However, Illinois could strengthen its DUI laws by making child endangerment a DUI felony.

Iowa still has improvements to make in its DUI laws. As of 2019, the laws in Iowa include:

Wisconsin, Illinois, and Iowa can pass laws that discourage drunk driving. Criminal laws may deter some drunk drivers. However, drunk driving will remain a problem as long as drivers choose to get behind the wheel while intoxicated.

If a drunk driver hurts you or kills a family member, then you have the right to pursue a personal injury lawsuit regardless of whether the state pursues criminal charges. While criminal charges won’t result in a financial recovery for you as a DUI victim, a personal injury lawsuit may allow you to recover for past and future medical costs, lost income, out-of-pocket expenses, physical pain, and emotional suffering. In some cases, you may also be able to recover punitive damages.

Our Midwest personal injury lawyers are here to help you protect your rights. Insurance companies know that we mean business and are often willing to settle with us, but if a fair settlement can’t be reached, we will be ready to go to court to protect your recovery. Call us, or start a live chat with us, to learn more today.

Understanding Accidents With Recreational Vehicles
Can You Recover From a Food Delivery Accident Injury?
Now Is the Time to Protect Your Neck Injury Recovery
6 Snow Shoveling Tips to Keep You Safe
Winter Driving Safety
Multiple Vehicle Crashes: Proven Milwaukee Car Accident Lawyer Explains What You Need to Know
What Happens When an Animal Causes a Motor Vehicle Crash?
Win or it is Free Guarantee