To Prevent Drunk Driving this Labor Day, Get Ready for Increased Law Enforcement on National Roadways

After getting through a busy Fourth of July weekend, the National Highway Traffic Safety Administration (NHTSA) looks ahead to America’s 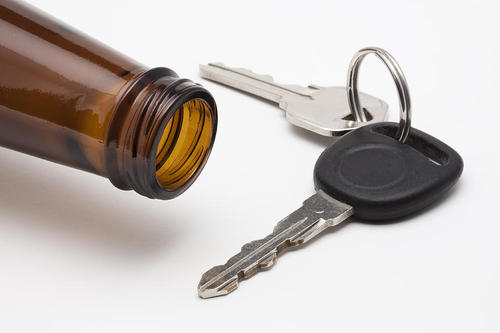 other most dangerous weekend for drunk driving -- Labor Day weekend. In preparation, NHTSA is moving forward with its 2015 national drunk driving enforcement crackdown, "Drive Sober or Get Pulled Over," which goes into effect across the country August 19 to September 7.  While fully preventable, drunk driving has become a major safety epidemic in our country that takes the lives of thousands of people a year.

Labor Day weekend often sees increases in highway travel and drunk driving, so state and local law enforcement across the country are stepping up enforcement to crack down on drunk drivers. The “Drive Sober or Get Pulled Over” campaign seeks to remind people of the increased law enforcement presence on roadways with reminders such as “Even way out here, they’ll see you before you see them,” so that drivers consider the likelihood of being pulled over and given a ticket, before choosing to get behind the wheel intoxicated.

The other message NHTSA promotes is the “Buzzed Driving is Drunk Driving” campaign to make clear that drunk driving is often a symptom of a larger problem like alcohol misuse and abuse, and that we should always designate a sober driver, even after one drink.

Unfortunately, Hupy and Abraham witnesses the aftermath and consequences of drunk driving every day when representing the victims of drunk driving accidents. We implore the community to be diligent during the approaching Labor Day weekend by choosing to drink responsibly, designate drivers and encourage friends and family to also take safety into account while celebrating the long holiday weekend.

If you or a loved one are injured due to the reckless actions of a drunk driver this Labor Day weekend, contact the experienced personal injury attorneys of Hupy and Abraham today. Call 800-800-5678 for a free, no-obligation consultation.