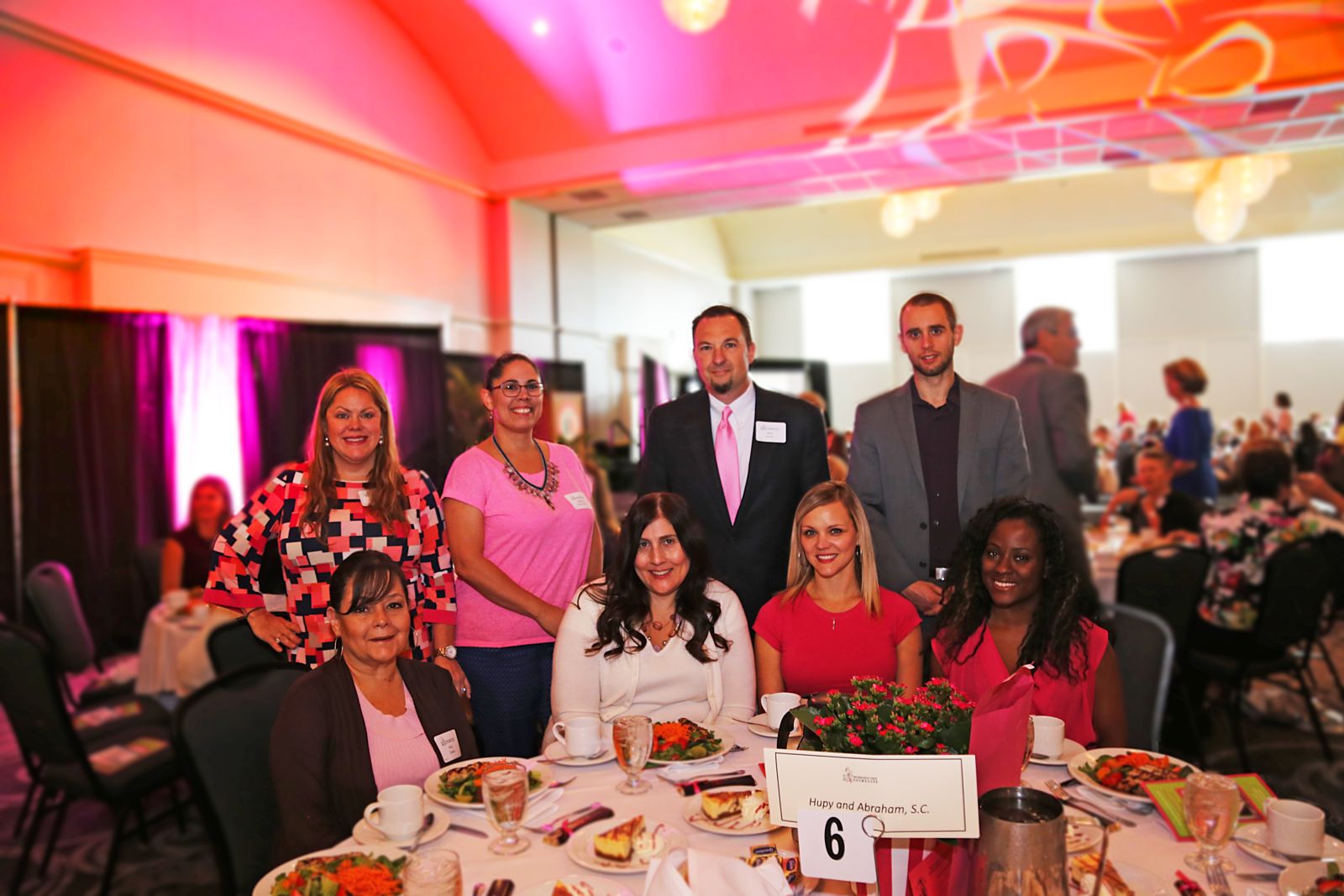 Hundreds of people from the Milwaukee area gathered for this luncheon that raises money through raffles and auctions. An all-volunteer charitable organization, the WBCS moves forward with the mission to support breast cancer and prostate cancer research at the Medical College of Wisconsin. As a surprise for entering its 20th year, the organization announced a commitment to sponsoring a professorship for prostate cancer, joining the current breast cancer program.

As Joyce Garbaciak of WISN-TV emceed during the fashion show, the audience was able to learn about the journey that each model went through after their diagnosis. Many of the stories included heartwarming tales of resilient support and steadfast love.

Hupy and Abraham, S.C. president, Attorney Michael Hupy, has supported the WBCS for more than a decade and currently acts as an advisor for the organization. Additionally, Attorney Hupy and his wife donated a home to tour for a different fundraising event run by the WBCS in the past.