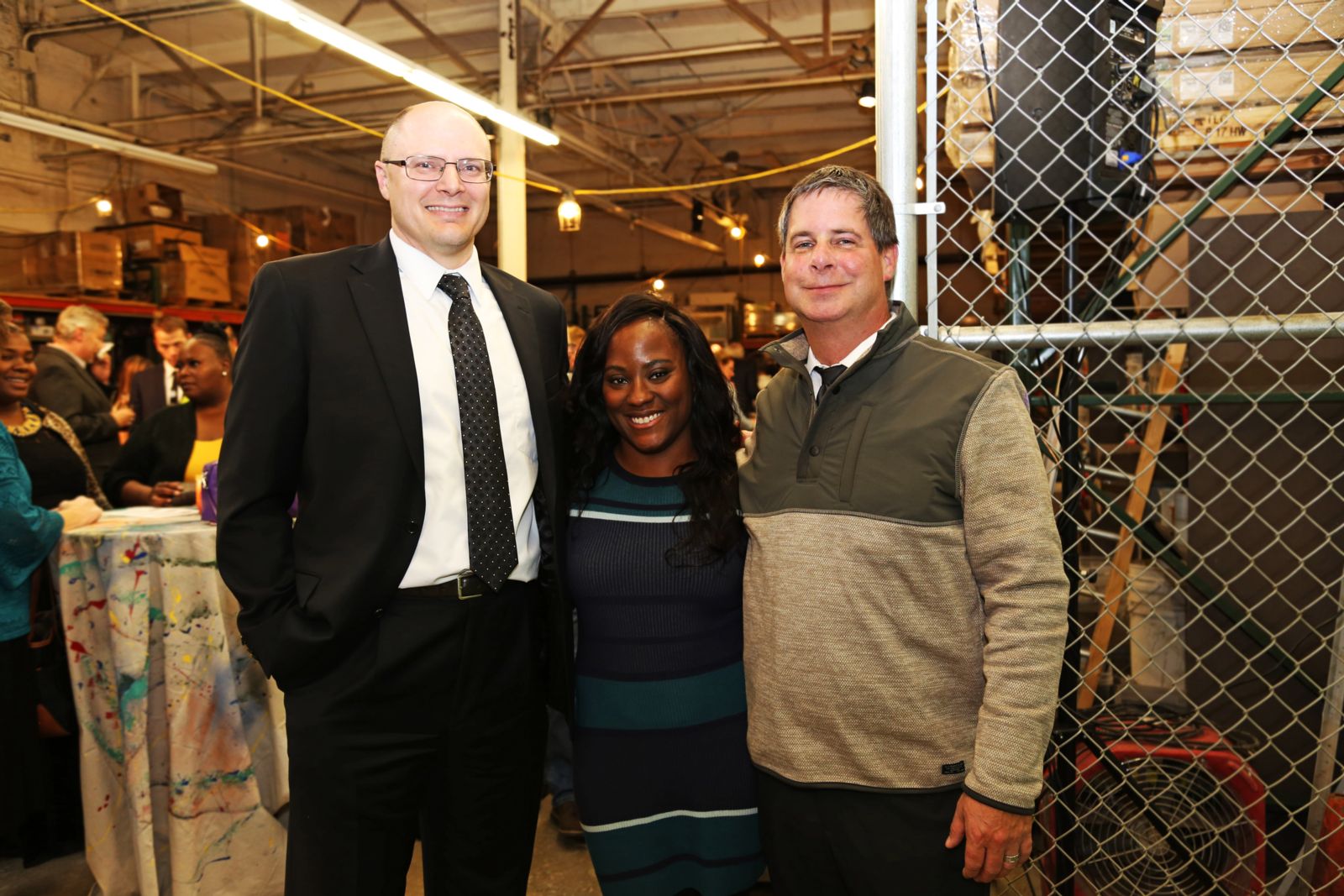 On October 5, 2018, Milwaukee Habitat for Humanity held the “Framing the Future” Gala that took place at their warehouse headquarters. The evening, which was to celebrate past achievements and focus on futures ones, acted as a fundraising event for the organization. Hupy and Abraham was a sponsor for this event with Attorneys Tim Schelwat and Todd Korb attending.

Since 1984, Milwaukee Habitat for Humanity has served more than 1,000 local families in need of safe and affordable housing. The organization focuses on one neighborhood at a time to give each family time to adjust, and allow for an easier moving transition.

“Framing the Future” was an event-packed evening that included a silent auction, live auction, cocktail hour and dinner. Brian Sonderman, Executive Director, welcomed attendees and thanked them for supporting Habitat and its mission over the years. After a brief review of Milwaukee Habitat’s history, the newest upcoming endeavor was announced: Midtown 100.

Midtown 100 is their most ambitious project since its creation 34 years ago, which is looking to imitate the success of the Washington Park neighborhood. If done as planned, Midtown 100 will build the most homes in Milwaukee since World War II , and is seeking to achieve that in just three years.

The presentation about Midtown 100 was accompanied by a speech from a Habitat homeowner named Gail. Gail currently lives in the Midtown neighborhood, and has for the past 20 years. She spoke about how she was so humbled and thankful that Habitat was able to provide for her and her family. Due to her personal experiences, Gail is committed to the future success for other citizens in Milwaukee, by providing as much as she can for her neighbors. She emphasized that Midtown 100 is an opportunity that will empower people to make changes in their lives, and that those changes will compel them to improve the lives of future inhabitants.

Toward the end of “Framing the Future,” it was announced that the philanthropic contributions from the evening surpassed $300,000. Milwaukee Habitat for Humanity recognizes the increasing difficulty that hardworking families are experiencing during house hunting, and actively combats that issue. Through partnerships with other community groups and support from sponsors like Hupy and Abraham, S.C., more families will be able to stay in their homes. Recently, Hupy and Abraham was involved with building a home in Milwaukee’s 53208 ZIP code. In addition to a monetary donation, employees actively volunteered with the house’s construction efforts.

Injured in a Crash? Contact Our Milwaukee Car Accident Lawyer for a Free Consult

Were you or a loved one recently injured in a crash due to another person’s negligence? If so, then it is time to contact our car accident lawyer in Milwaukee for a free consultation. Our team has been practicing law in Wisconsin for over 50 years, and have seen every type of accident there is.

To schedule a consult with our experienced Milwaukee car accident lawyer, start an online chat, fill out our convenient contact form or call 1 (800) 800-5678 today!