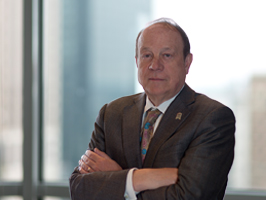 Attorney Michael F. Hupy is the president and senior partner of Hupy and Abraham, where he oversees 11 offices in 3 states. The success of the firm can be easily attributed to the millions of dollars collected monthly for its clients, with Attorney Hupy securing numerous multi-million dollar personal injury cases. These achievements have enabled him to build the largest volume personal injury practice in Wisconsin.

He has been awarded some of the highest honors bestowed upon trial lawyers in the county, including membership to the Million and Multi-Million Dollar Advocates Forum. Attorney Hupy is also a member of Super Lawyers, and has received the highest rating from judges and colleagues in the Martindale-Hubbell’s peer review rating system for ethical standards and legal ability.

Hupy and Abraham’s desire to give back as much as possible to the community we all work and live in is the force driving the “Doing Well by Doing Good” motto that he has worked so hard to establish. In 2008, Wisconsin Governor Jim Doyle honored Michael F. Hupy with a Certificate of Commendation for his tremendous dedication to making the community a better place to live. In the last four years, Hupy and Abraham has donated more than $500,000 to worthwhile organizations and causes.

Attorney Hupy practices exclusively in the area of personal injury law and has lectured and written on the subject of liability insurance and personal injury law. He is licensed to practice law in Wisconsin, Illinois, the United States District Courts for the Eastern and Western Districts of Wisconsin, the Northern District of Illinois and the United States Supreme Court. 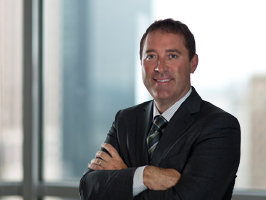 Attorney Jason F. Abraham is the managing partner and shareholder at Hupy and Abraham. Attorney Abraham graduated from Marquette University Law School in 1992, and began his career with Hupy and Abraham the following year. His noted success then resulted in his quick promotion to shareholder in 1999.

His reputation for success and proficiency in handling personal injury matters has followed Attorney Abraham throughout his career. He has settled or tried numerous cases with a combined value of approximately $200 million, as well as resolving multi-million dollar cases.

He has achieved recognition as a Top 100 Trial Lawyer by the National Trial Lawyers, a Super Lawyer, and earned the highest rating from the Martindale-Hubbell’s peer review rating system. Attorney Abraham’s extensive experience allows him to lecture throughout the country in the field of personal injury law.

Attorney Abraham is a lifetime member of ABATE in the states of Wisconsin and Iowa, a board member for the Ridin' to a Cure Foundation benefiting breast cancer research, and an executive board member of Yacht Blast for Kids benefiting Make-A-Wish Foundation, among others. His dedication to the betterment of the community has enabled Hupy and Abraham to make great strides in legislation for the rights of motorcycle riders and victims of personal injuries.

Hupy and Abraham Collects $62,500 Without Filing Suit
How to Protect Your Legal Recovery After an Iowa Deer Accident
Hupy and Abraham, S.C. Welcomes Attorney Cindy Esktam. Cindy's outstanding reputation and experience will be a valuable asset in our Davenport office.
Your Iowa Drunk Driving Case May Have More Than One Defendant
What Parents Need to Know About Children’s Brain Injuries
A Look at 2018 Fatal Motor Vehicle Crashes in 10 Iowa Counties
How to Get the Recovery You Deserve After an Iowa Limo Crash
Win or it is Free Guarantee