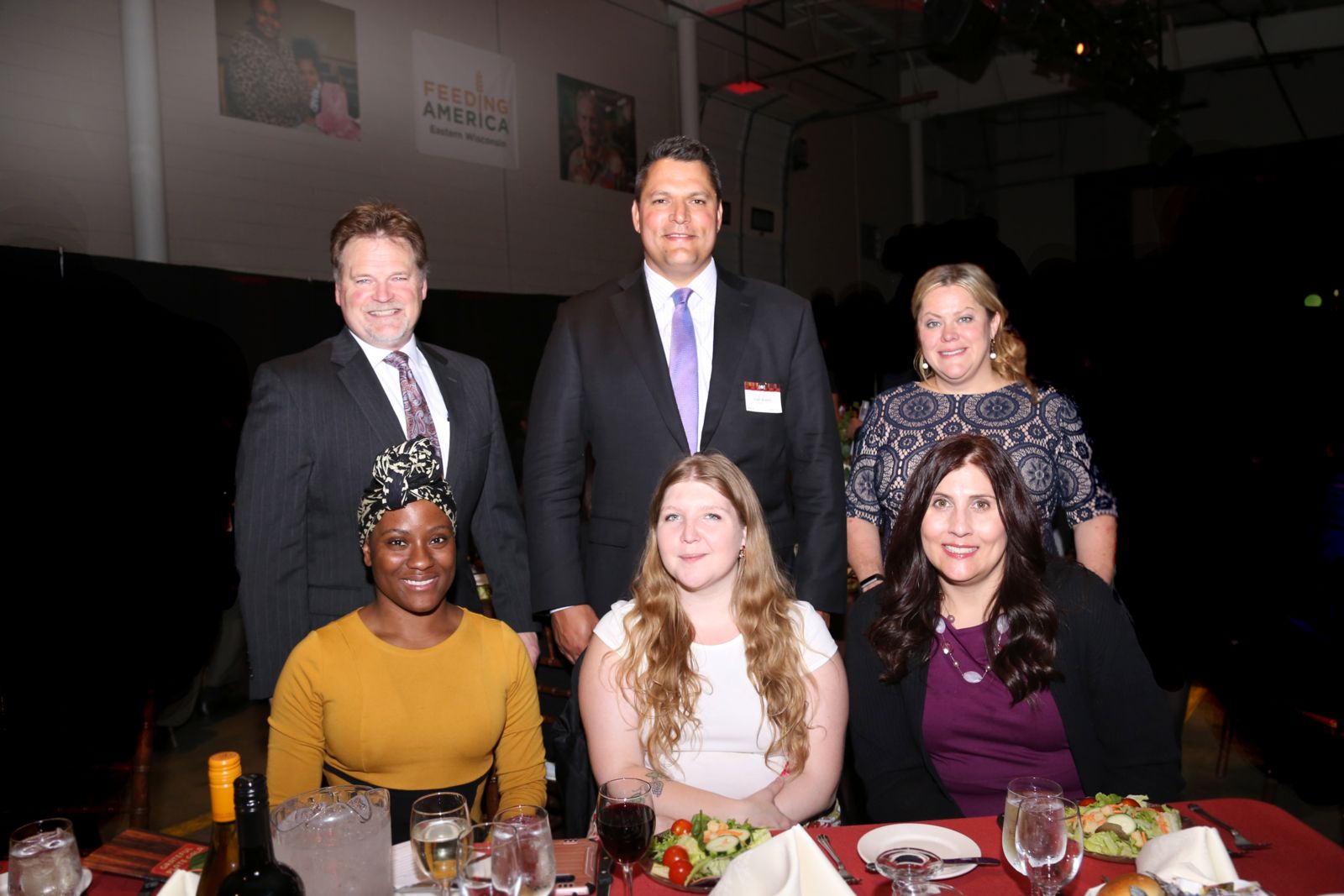 On June 7, 2017, hundreds of people gathered at Feeding America Eastern Wisconsin’s “Grateful Plate” annual gala. Hupy and Abraham, S.C. Attorneys Chad Kreblin and James Shilobrit were in attendance, because the firm was an Advocate Sponsor for the event. The 11th Annual Grateful Plate dinner was hosted by television reporter Adrienne Pedersen. The event included a silent and live auction, along with a cocktail hour and the traditional dinner.

At the start of the dinner program, a number of Feeding America Eastern Wisconsin members spoke of the importance combating hunger is for the current generation to prevent it from afflicting future generations.

The theme revolved around the Wisconsin Supper Club, a place where friends and family celebrate community. The goal of this particular theme for 2017 was to reflect that sense of unity toward a common cause of fighting summer hunger.  Nearly 400,000 people are projected to benefit from the evening’s generosity.

Helping bring awareness to those going hungry in our communities is extremely important to Hupy and Abraham, S.C. Each year during the holiday season, the firm donates and creates food baskets to help thousands of families in the Midwest. In May 2017, firm employees volunteered at the Feeding America Eastern Wisconsin location for Red Nose Day.