Hupy and Abraham Goes Wild With the Iowa Wild 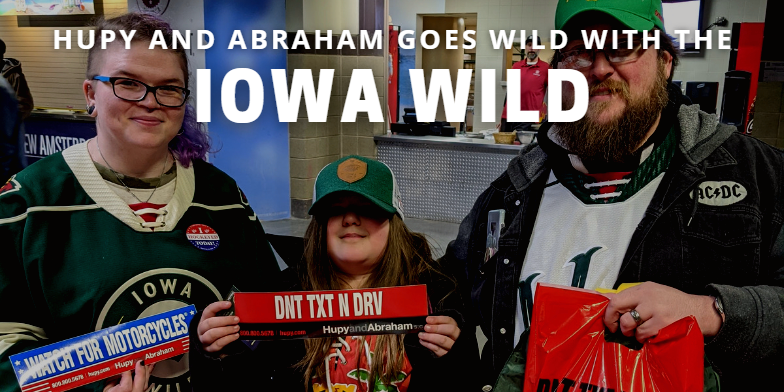 Players are hitting the ice as hockey season is officially underway. Hupy and Abraham, S.C. is a proud sponsor of the Iowa Wild, a professional hockey team based in Iowa. The firm has been supporting the hockey team every year since opening its Iowa offices.

An ice hockey team in the American Hockey League (AHL), the Iowa Wild began playing during the 2013-14 season. The team plays at Wells Fargo Arena in Des Moines, Iowa, as the AHL affiliate of the NHL's Minnesota Wild.

The firm will be present this coming season with promotional booths where you can grab items such as drawstring bags, T-shirts and stickers. Stop at our booth to get your free Hupy and Abraham swag!

The Iowa Wild is just one of several Midwestern sports teams Hupy and Abraham supports. Keep updated on everything #Wild this season across all social media channels! If you want to learn more about where you can find us next, check out our events calendar.