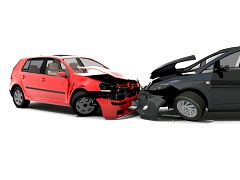 All kinds of car accidents are dangerous, but head-on collisions are particularly risky. A direct, head-to-head crash concentrates the maximum amount of kinetic energy and momentum into the collision. This drastically increases the chance of injury for all parties. Accordingly, it is important to understand why head-on collisions occur, what injuries are likely after a crash, and how a car accident attorney can protect your rights and recovery if you’ve been hurt, or if you’ve lost a loved one, in a head-on accident.

Regardless of the cause of the head-on car crash, serious injuries can result. Some of the common injuries sustained by drivers and passengers in a head-on collision include:

In December 2012, the National Transpiration Safety Board (NTSB) issued an important special report. According to that report, there were 1,566 wrong-way fatal crashes in the United States between 2004 and 2009. Those accidents resulted in 2,139 deaths. Many thousands more were injured.

If you have been hurt or if you have lost a loved one in a head-on collision, then you are going to have to collect the necessary evidence and advocate for own fair recovery. If someone else caused the crash, then you may be able to recover for…

The insurance company may fight back and try to minimize the amount that it pays you for the accident injuries. Accordingly, it is important to be prepared and to contact an experienced head-on collision injury lawyer as soon as possible so that you can be sure that your rights—and your recovery—are protected. For more information, please fill out our online contact form on this page today.

New Year, New You: Safe Driving Tips to Incorporate This Coming Year
Autumn Auto Accidents
Defeat Driving Anxiety With These Tips
Managing Stress During an Accident Lawsuit
Rideshare Distracted Driving: What to Do
Rain Driving Tips
The Dangers of Car Infotainment Systems
Win or it is Free Guarantee