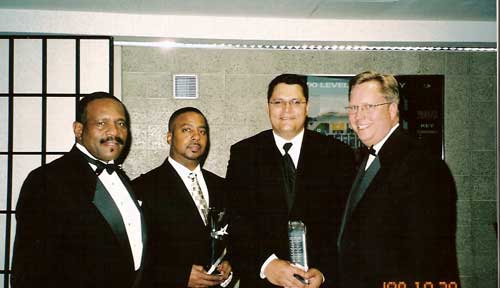 Mr. Birts, a retired Milwaukee Police Sergeant, was one of 36 adults who contributed more than 3,400 hours of service to benefit hundreds of children and teens involved in Black Achievers in the city of Milwaukee. He served on the planning committee and chaperoned the teens on the Black College Tour held during Spring Break. He also served as an advisor, participated in the Speakers Bureau and chaperoned the Teen Summit.

Over the last fifteen years, Hupy & Abraham has been a yearly sponsor of the Black Achievers Program. Since 1994, ten of our firm’s adult mentors have been recognized for their exemplary service to the community in exceeding 100 hours in one year.