Are Self-Driving Cars More or Less Safe Than Human Drivers? 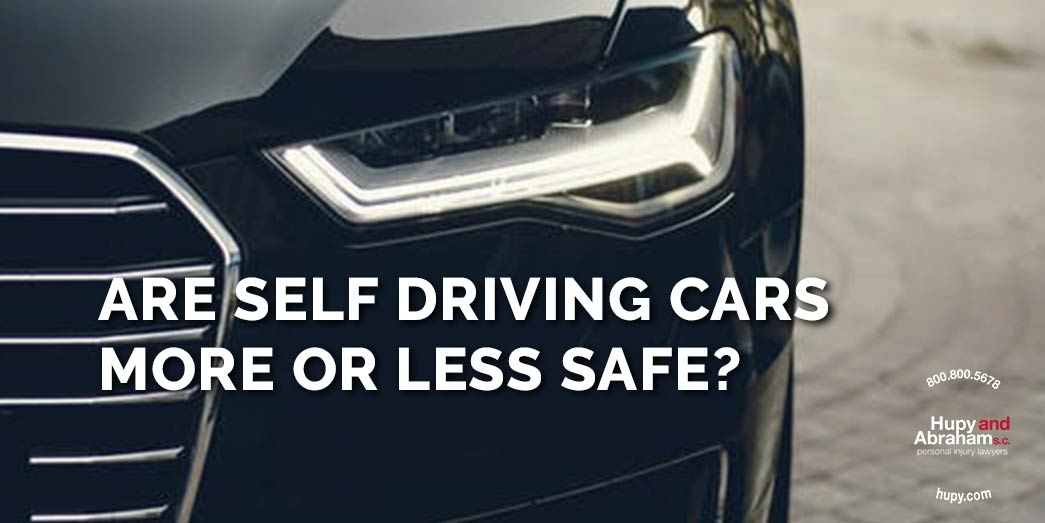 Last week, Uber Technologies suspended their self-driving car program after one of their vehicles was involved in a crash in Tempe, Arizona. Upon investigation of the accident, it was confirmed that an Uber SUV was hit by another vehicle that failed to yield. The Uber car was in self-driving mode at the time of the crash, and the driver and engineer were in the front seat of the Uber SUV. The driver that struck the Uber vehicle has been designated as at fault.

This accident contributes to the safety concerns and questions as to how safe are the autonomous vehicles (AVs) and how well they interact with regular cars. While no one was hurt in this instance, many people are wondering, if there had been injuries, who would have been responsible?

Who Will Be Responsible?

As cars become more technologically advanced, more and more questions arise regarding accidents and liability on roadways. As of now, modern product-liability laws do not take driverless AVs into consideration. The owners of AVs would not want to be blamed for crashes they could not prevent. In response to these concerns, Google and other vehicle manufacturers have said they will be willing to accept full liability whenever one of its cars is in autonomous mode. So, car accidents in the future may be less about determining the at-fault driver and instead become a case of a defective product.

Will automated cars actually reduce the number of accidents?

Studies show that thousands of Americans die every year as a result of traffic accidents and over 2 million more people are injured. Even with the few accidents that have occurred with these vehicles in the early stages of testing, the National Highway Traffic Safety Administration believes that by reducing the role humans play in driving cars, accidents will be reduced.

Google has made similar claims. Google’s self-driving cars have been in only 14 accidents since 2009 (compared to about 5 million accidents in regular vehicles in 2014). In fact, until February 2016, when an autonomous Google car caused a minor crash with a city bus, every Google accident was actually caused by human error, in which the cars would usually get rear-ended by human drivers at red lights.

Even with this recent Uber accident, it is becoming clear that AVs are the future of safe driving. One indicator is the way insurance companies have opposed the use of AVs. With a reduction in motor vehicle crashes, the insurance industry stands to lose millions of dollars. According to Forbes magazine, the insurance industry could eventually see nearly 90 percent of premiums disappear, and the U.S. model of mandatory personal auto insurance might become a thing of the past.

Tips for a Safe and Happy July Fourth!
Upcoming Events: Where to Find us This July
Row, Row, Row Your Boat … and Look Out
Catch Hupy and Abraham at the Rockford Rivets Baseball Games
Upcoming Events: Where to Find us This June
Travel Tips to Keep in Mind This Memorial Day
Safety Tips to Celebrate Bicycle Awareness Month
Win or it is Free Guarantee