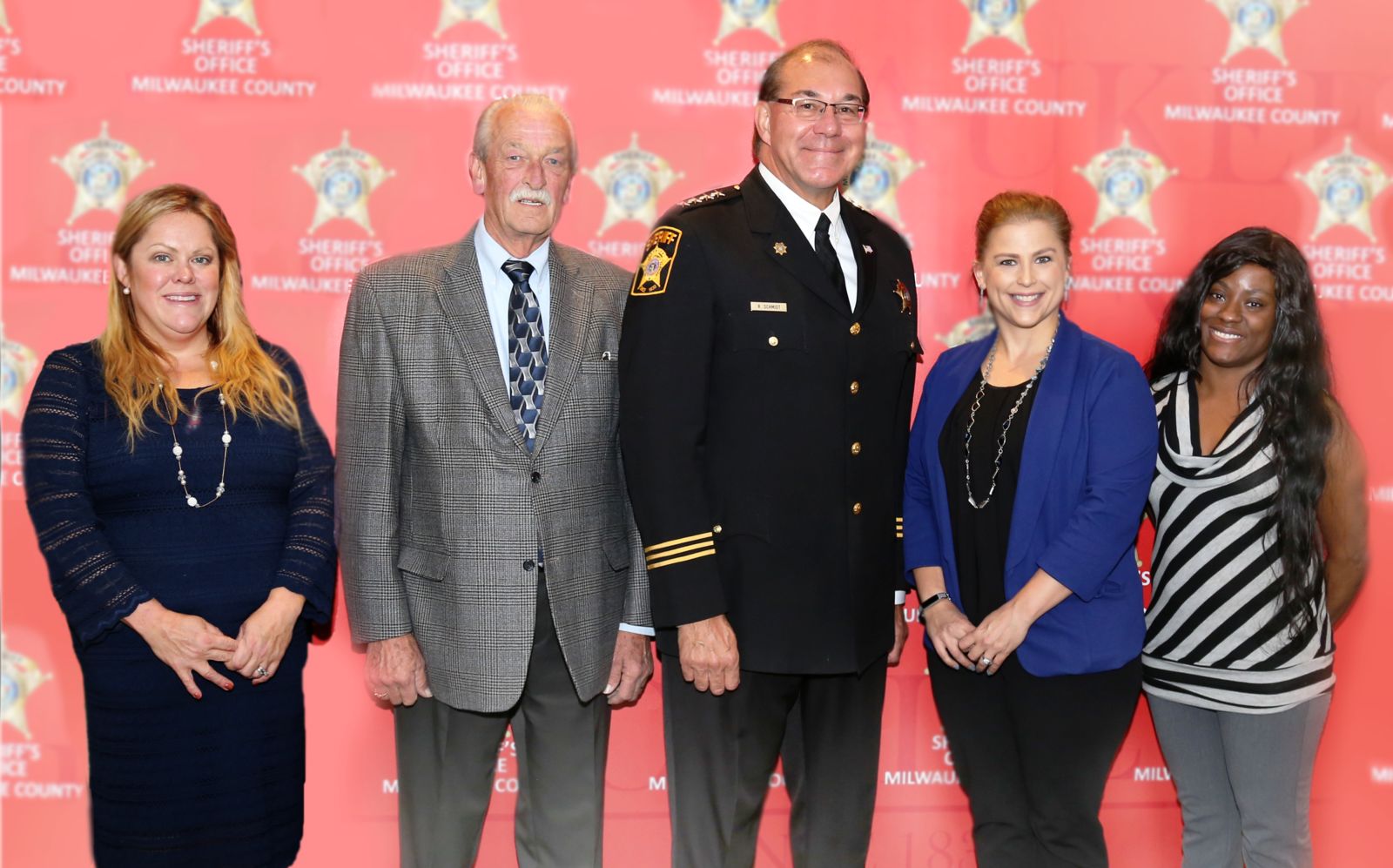 On October 2, 2018, the Milwaukee County Sheriff’s Office held the 2018 Awards at the Italian Community Center in Milwaukee. Members of the area’s law enforcement community gathered to honor over 21 officers and civilians for achievements made in the past year. Hupy and Abraham was a sponsor of the luncheon and was thanked during the event program. The luncheon included a keynote address by Wisconsin Attorney General Brad Schimel, which focused on the importance of recognizing and appreciating those working in law enforcement.

The awards presentation was comprised of several different categories: letters of commendation, community service awards, commitment to excellence and Sheriff’s Superior Achievement Awards. As each award was distributed, the stories of their acts of service were described in fuller detail to the luncheon’s attendees. The final award of the event was the David Demos Award, named after the deputy sheriff killed in the line of duty, which acts as a career recognition accolade. The award is given in appreciation of a member’s continued dedication and loyalty to their profession, and for consistent exceptional performance. This year’s honoree, Detective Joel Streicher, is a dedicated 22-year veteran of the Milwaukee Sheriff’s Office.

Hupy and Abraham has been a longtime sponsor of this event that highlights the positives that are sometimes forgotten. The firm has also been involved with other law enforcement-related events, which includes “National Night Out.”