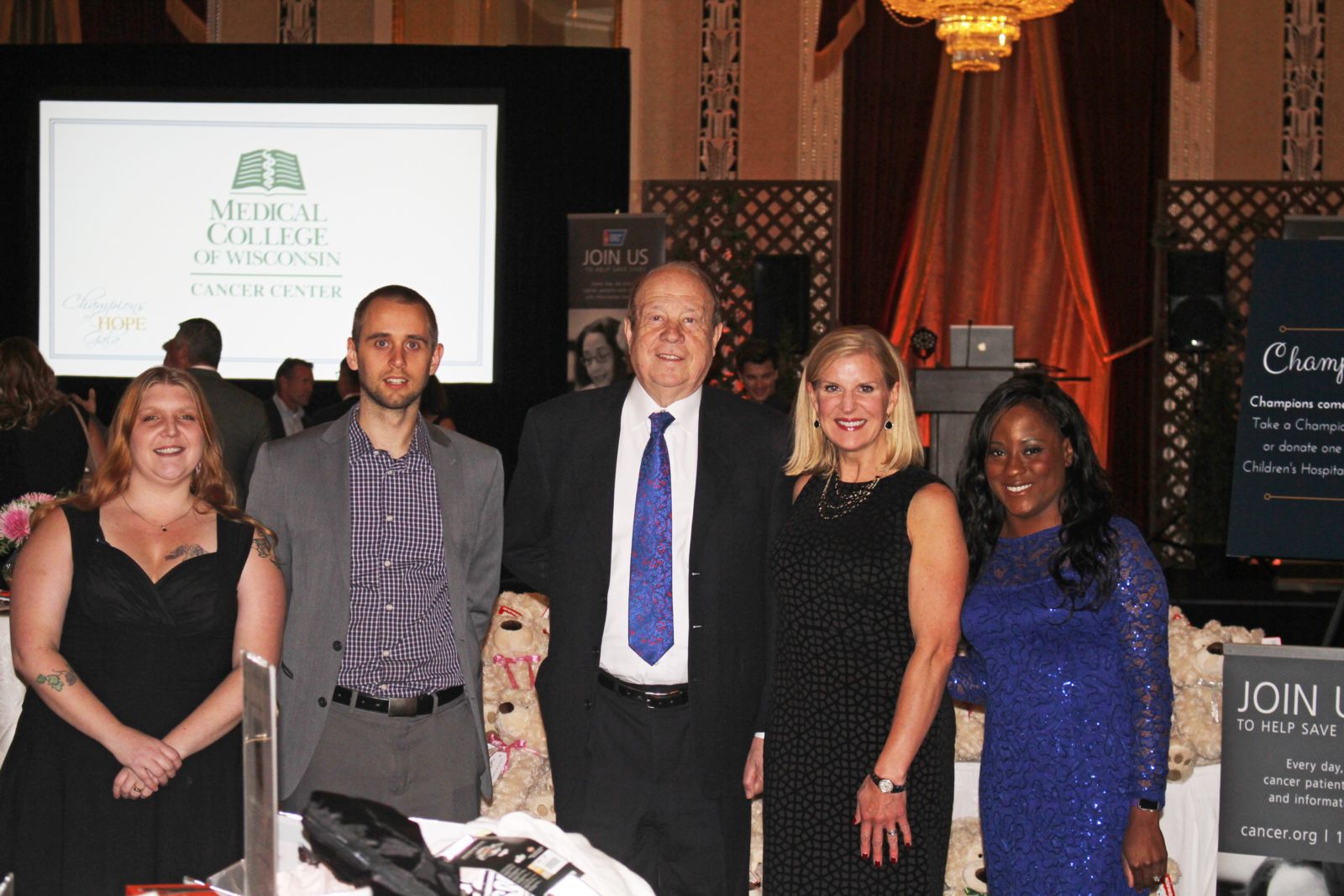 The “Champions of Hope” Gala was held October 12, 2018, at the Hilton City Center in Milwaukee with about 160 people attending.  For the third year, Attorney Michael Hupy partnered with the American Cancer Society by serving as a co-chair for the gala. He and his wife Suzanne, along with several firm employees were among the number of local attendees. In addition to his role as co-chair, Attorney Hupy pledged another $2,500 donation, which accompanied Hupy and Abraham’s role as an event sponsor. Overall, efforts related to this event ended up raising about $100,000 in support of the organization.

“Champions of Hope,” which was hosted by the American Cancer Society of Wisconsin and CEOS Against Cancer, was unlike any other social event held during this time of year. Through a silent and live auction, and paddle raise portion, event goers were able to give funds to the ACS, while enjoying food stations and the company of others.

The ACS acts as a platform for cancer education and “Champions of Hope” addressed their Access to Care programs, which provide transportation, lodging and other important services to patrons throughout Wisconsin. Money raised at events like “Champions of Hope” allows the American Cancer Society to continue research and the services they do for others. Laurie Bertrand, of ACS shared that it is critical for the community to work together and impact change for those fighting cancer.

Dan Jansen, speed skating Olympian and native of West Allis, Wisconsin was the keynote speaker. Jansen, who grew up in a family of 9 children, shared his personal story. This resulted in a moving speech where the gold medalist’s key message was for those who have been impacted by cancer to find a way and move forward and learn from their situations. Ultimately, Jensen emphasized that turning negatives into positives would lead to a better life experience.

According to the American Cancer Society’s facts and figures, approximately 33,000 people will be diagnosed with cancer in Wisconsin each year. $4.6 billion has been invested in cancer research since 1946, of which $72.2 million has been invested in Wisconsin. 4,310 patients were served in 2016 in Wisconsin – thousands were provided nearly 20,000 direct services such as rides to treatment, free or reduced lodging during treatment or assistance coping with side effects.