Do I need an attorney if the police report issued after my car accident says that I did not cause the crash? 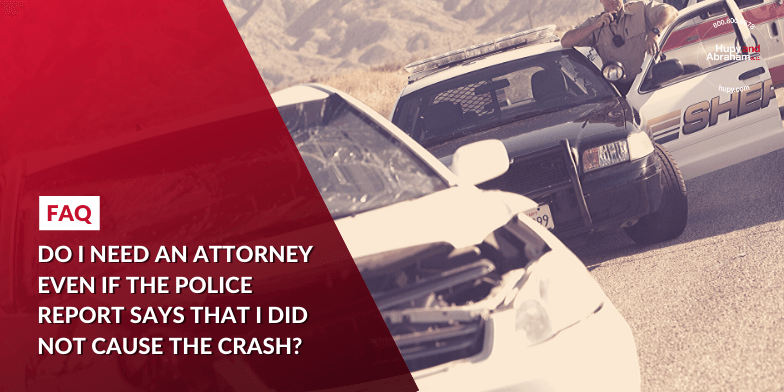 Yes, you need a lawyer if you have been hurt in a car accident even if the police report places all of the liability for the crash on another driver. If you fail to talk to an attorney then you may not get the full and fair recovery that you deserve, even with such a favorable police report.

Here’s Why a Lawyer Is Important

You need to take action to protect your legal rights because:

That said, the police report may be influential in your recovery if it is used correctly.

It is important to know what is in your police report. After a crash, you should request a copy of your police report and you should share the report with your attorney. An experienced lawyer can use the information in the police report to further the investigation into the crash and to anticipate the defenses that may be raised so that you can get the recovery that you deserve.

What traffic safety issues and violations cause the most accidents in Milwaukee?
Is it illegal to drive under the influence of prescription medication in Wisconsin?
Can I recover damages after a Wisconsin car accident if I wasn’t wearing a seat belt at the time of the crash?
What should I do after a car crash in Wisconsin?
What do I need to know about Wisconsin hit and run laws?
Is Wisconsin a no-fault insurance state?
What should I do if I have headaches after a car accident?
Win or it is Free Guarantee