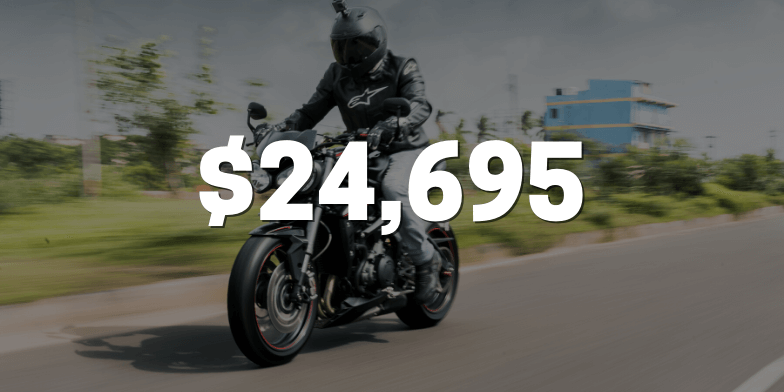 Our client was riding his motorcycle home from work when another vehicle traveling in the same direction strayed into his lane and caused a collision. The collision caused the motorcycle to go down, and the cyclist suffered road rash and a shoulder injury. The driver of the other vehicle immediately blamed the motorcyclist and claimed that our client strayed into his lane. The motorcyclist told the police that it was the car that unexpectedly crossed into his lane causing the collision. Since there were no independent eyewitnesses, the police issued no citations to either party.

The driver’s insurance company denied liability. Therefore, Attorney Brandon Derry filed a lawsuit. After taking depositions, Attorney Derry convinced the insurance company to pay for the medical bills, lost wages and a fair amount for pain and suffering, resulting in a $24,695 settlement. The motorcyclist was happy he did not have to go to trial and was very pleased with the outcome.