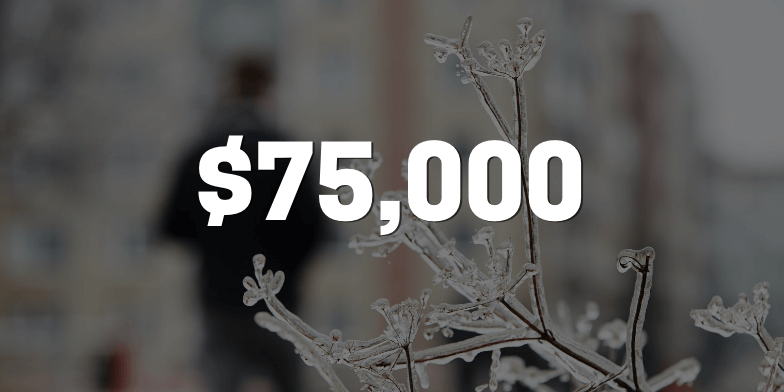 After a long day at work, our client decided to relax by taking her dog on a short walk around her condominium complex. As she walked out from beneath a covered porch, she stepped on a sheet of ice and slipped and fell, dislocating her hip. Unbeknownst to our client, a gutter in the area was leaky and it dripped water on the walkway. As temperatures cooled later in the day, the water froze into a hazardous area of ice.

The insurance company for the condominium initially blamed our client for not watching where she was walking and later claimed they had no idea the ice was in the area and therefore were not responsible for the fall. As a result, the insurance company denied the claim and refused to pay anything.

Attorney Chad Kreblin immediately filed a lawsuit, and through discovery was able to establish that not only did the condominium maintenance people know the gutter was leaky prior to the fall, they did very little to salt the area. Attorney Kreblin also discovered that at the time of the fall, an outdoor light which would have illuminated the area was burned out and had been for some time. After building the case, Attorney Kreblin was able to secure a $75,000 settlement for the client.

by Chad A. Kreblin
Connect with me