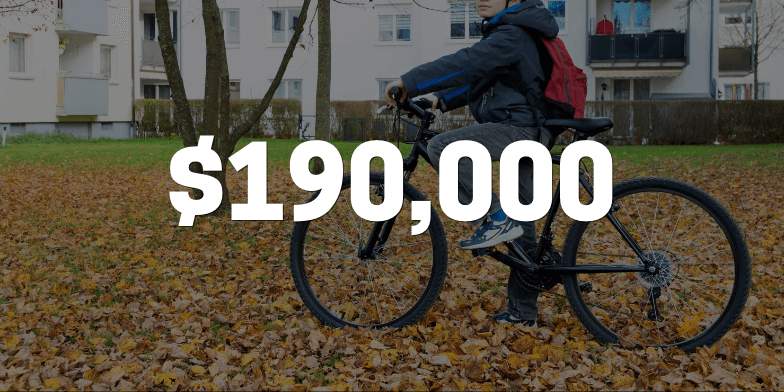 A 13-year-old minor bicyclist was severely injured in McHenry County after he was hit by a pickup truck crossing the street. The insurance company denied the claim because the area of the crash was dark, unlit and the minor crossed the street between two cars stopped at a red light.

The minor’s previous attorney withdrew from the case because of the insurance company’s denial. Attorney David Metnick believed in the case and agreed to represent the minor. The insurance company hired a “traffic safety expert” who opined that (1) the minor caused the accident by crossing the street between two cars at night and (2) there was nothing the driver could have done to avoid the accident.

Attorney David Metnick attacked the expert’s report by pointing out numerous errors and omissions. The insurance company never offered any money to settle the case. After a contested binding arbitration hearing, the driver was found to be 50% at fault, which resulted in an award of $190,000 in favor of the minor.