VA Dentist Puts Hundreds of Veterans at Risk for Infection 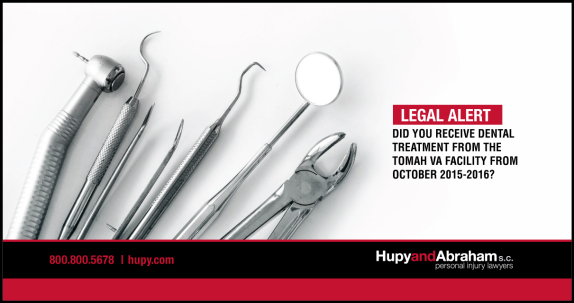 A dentist at the Veterans Affairs Medical Center in Tomah, Wisconsin is under investigation for violating the VA’s dental equipment protocol. As a result, nearly 600 veterans could have been infected with HIV, hepatitis B or hepatitis C.

The dentist was trained to use the facility’s sterile, disposable equipment. According the VA’s director, he used his own equipment, cleaned it and reused it.

Violations came to light when someone filling in for his assistant noticed what was going on and reported it. As the investigation continues, all of the veterans who were treated have been advised to get tested for possible infections.

The dentist, who remains unidentified, has recently resigned and was previously working at the facility since October 2015.