Slow Responses to 911 Calls Leads to Deaths in Milwaukee 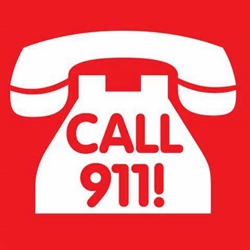 In a frantic situation, calling 911 is the smart thing to do. But as you wait for help, seconds feel like minutes and minutes feel like hours. When 911 response is slow, it can have devastating results.

While it would be nice if police could arrive immediately after 911 calls are received, it simply isn’t feasible. The national average 911 response time is 10 minutes, according to American Police Beat.

Recently in Milwaukee, 51-year-old Marcia Render called 911 at least eight times during a domestic dispute with her sister, 52-year-old Sheri Yvonne Head. In each call, except the last one, Head can be heard screaming in the background.

Render’s first call was placed at 11:22 p.m. Among other things, she told the operator her sister was “ready to snap” during the series of phone calls. At some point, a physical altercation broke out between the two, and by the time police arrived at 12:38 a.m., 50 minutes after the last call, Head was lying on the floor unconscious.

Render claims she was simply restraining Head on the ground. By the end, Head died from strangulation and Render has since been charged with second-degree reckless homicide.

One can’t help but wonder if this incident could have been prevented if police arrived sooner. As a result, the Milwaukee Police Department is investigating the handling of the 911 calls.

Last summer, there was another case when a Milwaukee woman was stabbed to death by her boyfriend while waiting for police assistance. She had previously sought a restraining order against him.

After a neighbor called for help, it took nearly 22 minutes for officers to respond. Though a Milwaukee Fire Department engine arrived within three minutes of the call, they were forced to delay treatment until police arrived. This delay was due to the Fire Department’s protocol to keep personnel safe.

Years ago, Attorney Michael Hupy handled a case where a woman called the police three times, but they never came. As a result, the woman was raped. Hupy and Abraham is committed to keeping people informed about police conduct. The firm has successfully handled civil rights cases for clients Daniel Bell, who was killed by police, and Curtis Harris, who was paralyzed in police custody.