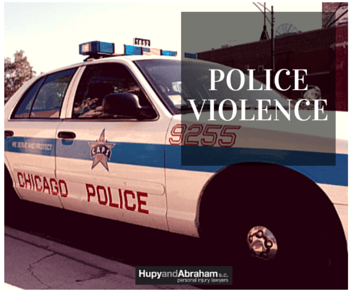 After conducting a thorough review, a task force established by Chicago Mayor Rahm Emanuel criticized the Chicago Police Department’s “sad history and present conditions,” saying it has “no regard” for minority lives.

The task force conducted more than 100 interviews with community groups, police officers and outside experts. The report cited examples that span decades, such as accusations of torture from the 1970s-1990s, stop-and-frisk practices in the 2000s and present-day shootings like the Laquan McDonald incident.

The report noted that three-quarters of the people shot from 2008-2015 were black, even though only one-third of Chicago’s residents are black. There was also a disproportionate number of African-Americans involved in traffic stops.

The department’s training came under fire when the task force learned that some officers have been training other officers while under investigation for misconduct. The task force also said officers aren’t properly trained to de-escalate situations to prevent excessive use of force.

Chicago’s police unions were also criticized for turning “the code of silence into official policy” by prohibiting anonymous reports of colleague misconduct. Furthermore, the collective bargaining agreement grants 24 hours before they have to make a statement following shootings, ostensibly giving them ample time to “get their story straight.”

According to the report, Chicago Police lacks a “culture of accountability,” but that is sure to change. While the task force made more than 100 recommendations, the Department of Justice is conducting its own review.

When the DOJ’s review is finished, change will be mandatory. But the city’s leadership is also making changes before the DOJ forces them to.

Mayor Emanuel has pledged to increase accountability and transparency, improve training and use more body cameras. He’s also named Eddie Johnson, an African-American with 27 years of experience, as police chief after dismissing his predecessor in the wake of the Laquan McDonald incident.