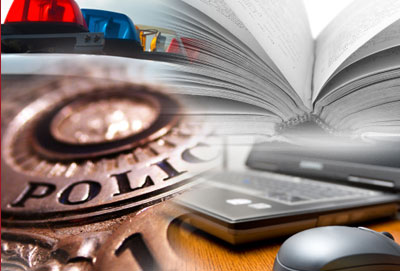 In recent months, people across the nation have taken to the streets to protest grand jury decisions not to prosecute police officers for killing unarmed people. As a result, police departments are faced with the challenge of mending fences between the police and the public.

Nationwide protests are expected to continue after the announcement that the police officer who shot Dontre Hamilton in Milwaukee, Wisconsin won’t be charged either.

To prevent future incidents, police departments are revising their training and procedures.

For example, New York City plans to issue stun guns to more officers giving them a nonfatal method of force. Officers in Milwaukee will undergo mandatory crisis-intervention training, and police in Akron, Ohio have begun working in pairs. An increasing number of departments are also experimenting with body cameras.

These changes are being publicized in interest of transparency. Since the incidents themselves are drawing lots of media attention, departments are hoping their procedural changes will also be talked about.

Though police brutality has been a hot topic lately, it’s hardly a new issue. In 2004, unarmed Kenosha resident Michael Bell was shot and killed by a police officer. The Kenosha Police Department quickly cleared itself of any wrongdoing.

In the years after his son’s death, Michael Bell Sr. successfully campaigned for independent police investigations. Bell Sr. spent more than $850,000 on billboards, newspaper ads and commercials questioning whether it’s fair for police to investigate themselves.

Hupy and Abraham has also fought for the civil rights of those mistreated by the police. Attorney Jason Abraham secured a $3 million settlement for Curtis Harris, who was rendered a quadriplegic after being slammed into a concrete wall by a police officer.

Hupy and Abraham has been talking about this for years and now people are starting to take notice.  When you collect multi-million dollar settlements, it is because something went wrong.