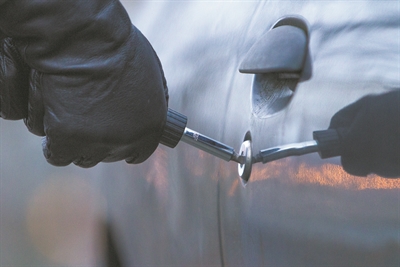 After a record 6,698 cars were stolen in Milwaukee in 2014, one might expect the car theft rate to come back down to earth in 2015. But if the first two months are any indication, Milwaukee may set a record for car thefts again in 2015.

It may seem unlikely for Milwaukee’s torrid pace of car thefts to last the whole year, and that may prove to be the case. But it seems more likely when you consider that most cars are typically stolen in warmer months.

Aside from the inconvenience and hassle of people having their cars stolen, car theft also poses a legitimate danger to public safety. If a car is stolen, the quickest way for police to get it back is to chase it.

But high-speed chases put everybody in danger, from other motorists to pedestrians. This begs the question: Is it worth putting people’s lives in danger to retrieve a stolen car?

If you ask the Milwaukee Police Department, the answer is no.

After four innocent people were killed by fleeing drivers between December 2009 and March 2010, Milwaukee Police changed its procedures. Police must have probable cause that someone in a car is committing a violent felony or is a “threat to the safety of others” to give chase.

Unfortunately, car thieves are aware of this policy and use it to their advantage. However, they may win the battle, but typically lose the war. About 85 percent of Milwaukee’s stolen vehicles are recovered by police, and Milwaukee Police Chief Ed Flynn says they’re “arresting car thieves at a record rate.”

Often times, car theft victims make it easy for thieves by leaving their vehicles unattended with the key in the ignition. Make sure you take all the steps necessary to avoid becoming another victim of car theft.