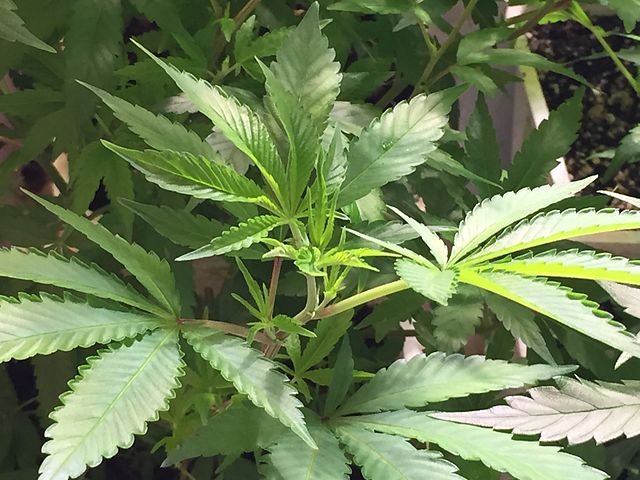 Over the past few years, substantial progress has been made on the marijuana legalization front. Twenty-three states have legalized medical marijuana, while four states have gone as far as legalizing recreational use.

Suppose you have a child diagnosed with a disease and you’re not satisfied with the results of traditional medication. If you wanted to try medical marijuana, but didn’t live in a state where it’s legal, you’d have three options:

Those who choose the first option are known as “medical refugees.” Some parents feel they’re being forced to choose between their hometown and their child’s well-being. Others, who choose option two, become “drug smugglers” simply because they don’t know what else they can do to help their children.

In Minnesota, Angela Brown was using/smuggling cannabis oil from Colorado to treat her son who sustained a traumatic brain injury. Fifteen-year-old Trey Brown was suffering from seizures, muscle spasms and constant head pain.

After trying countless pharmaceuticals, nothing seemed to be working. His mother told the Huffington Post that Trey “was in so much pain that he didn’t want to live.” Upon hearing about the reputed benefits of cannabis oil, Angela decided to give it a try and was amazed by the results. The cannabis oil made Trey feel better and the pain went away.

But when her son’s condition improved, Angela shared the good news with a few too many people and was reported to the police. As a result, not only was Angela’s cannabis oil seized, she was charged with child endangerment and sale of a controlled substance. Treating Trey’s condition with cannabis oil was somehow construed as “selling.”

Before a deal was reached, the prosecution planned to subpoena Trey to testify against his mother. The charges were eventually dropped, but before then, Trey’s condition regressed while he was denied cannabis oil. The ordeal also took a toll on the family financially before it was settled.

Though Minnesota is now one of the states that allows medical marijuana, it wasn’t at the time. The legislative process didn’t move fast enough to prevent the Brown family from being unfairly targeted.

There are countless other stories of families’ lives being turned upside down because the marijuana legislation laws don’t allow them to use cannabis oil to treat their sick children, even if it seems to be working.

Of course, not everybody who tries cannabis oil benefits from it. But many people do, and the side effects are mild for those who don’t. It seems cannabis oil is transformative at best and merely ineffective at worst.

Compare that to traditional pharmaceuticals, which have too many serious side effects to list, and it’s hard to imagine why cannabis oil is the one meeting resistance.

Many claim that we need to be extra cautious before making cannabis oil readily available nationwide. But what if we’re being too cautious? What if the legalization process is moving too slowly? How many people like Trey and Angela Brown are being hurt while we wait for this research to be done?

Marijuana is currently classified as a schedule 1 drug “with no accepted medicinal value and high potential for abuse” under federal law. More than 30 years ago, Attorney Michael Hupy presented evidence in a court of law that proved marijuana is misclassified.