Milwaukee’s police force is currently embroiled in a controversy surrounding the fatal shooting of unarmed black man Dontre Hamilton, who was shot at least 13 times. But before killing Hamilton, or Derek Williams, or the strip searches scandal, there was the Daniel Bell incident. 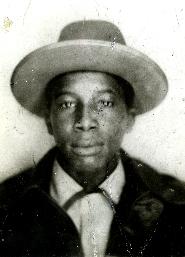 In 1958, 22-year-old Daniel Bell was pulled over by Milwaukee Police Officers Thomas Grady and Louis Krause for a broken taillight. According to Bell’s sister, Daniel fled on foot because he didn’t have a license and was afraid.

The two officers gave chase and, upon closing in on Bell, Officer Grady shot Bell from close range in the back of the neck. Once Grady realized Bell was dead, he planted a knife in Bell’s left hand to make him look like the aggressor.

During an inquest less than two weeks later, a witness claimed Bell wasn’t holding a knife. But in the end, the all-white inquest jury cleared both officers of wrongdoing. Bell’s family wasn’t even allowed to testify that Daniel was left-handed.

It wasn’t until 1979, over 20 years later, that Officer Krause’s conscience moved him to tell the truth. Krause revealed that Grady planted the knife and used racial slurs both before and after shooting Bell.

Grady insisted the shooting was an accident, but admitted to planting the knife. He also pleaded guilty to reckless homicide and perjury.

Had Officer Krause not come forward, Grady would have gotten away with it.
The law firm of Hupy and Abraham helped the Bell family receive a $1.6 million settlement for their loss in a civil rights lawsuit. The firm also obtained $3 million for Curtis Harris, the largest settlement for a police brutality case in Wisconsin history. Harris was rendered a quadriplegic after being slammed against a wall by a Milwaukee police officer.