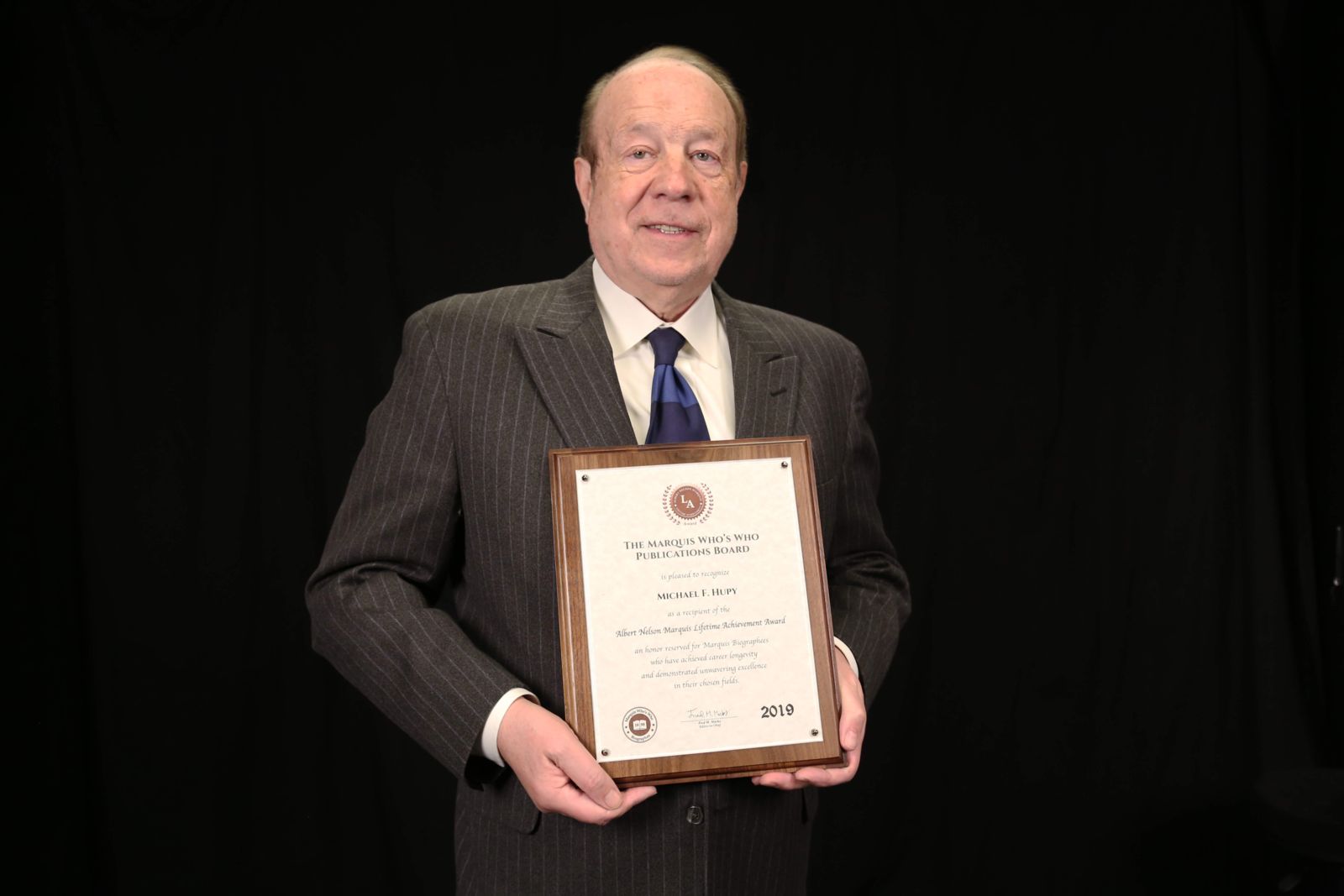 Hupy and Abraham is pleased to announce that firm president, Attorney Michael Hupy is a recipient of the Albert Nelson Marquis Lifetime Achievement Award presented by The Marquis Who’s Who Publications Board.

This award is an honor reserved for Marquis Biographies who have achieved career longevity and demonstrated unwavering excellence in their field.

Throughout his decades-long legal career, Attorney Hupy has been dedicated to providing his clients with an extraordinary level of service and results, while also giving back to the local community however he can.

He was one of the first attorneys selected to the first Super Lawyers list, which is based on a multiphase process that displays the best of the best litigators, and has been AV-Preeminent rated by Martindale-Hubbell for over 20 years. Additionally, Attorney Hupy has been named a Leader in the Law by the Wisconsin Law Journal and given a Distinguished Service Award from the Milwaukee Bar Association.

Attorney Hupy has been a guest expert on local television programs numerous times to spread awareness about various safety issues, including pedestrian safety. He has been a member of “MilWALKee Walks,” a recently formed pedestrian-based coalition since its creation in 2016.

In the past, he was selected as a service honoree for the work that he and his firm have done for the community. These efforts span many things, including work to promote public safety and awareness by contacting city officials, to volunteer and donate money to local legal nonprofits. To seek justice and awareness toward gun violence in the community, Attorney Hupy has personally paid monetary rewards to assist police in their arrest and conviction of perpetrators and to bring closure for the victimized families when small children are killed by bullets flying through their outer walls. These actions have resulted in his being voted “Top Activist” for the Milwaukee area.

Despite already having an award-winning career, this new lifetime achievement award illustrates that Attorney Hupy’s actions throughout his tenure have made a significant impact to those around him.

The law firm of Hupy and Abraham, S.C. congratulates Attorney Hupy for receiving this great and well-deserved distinction.