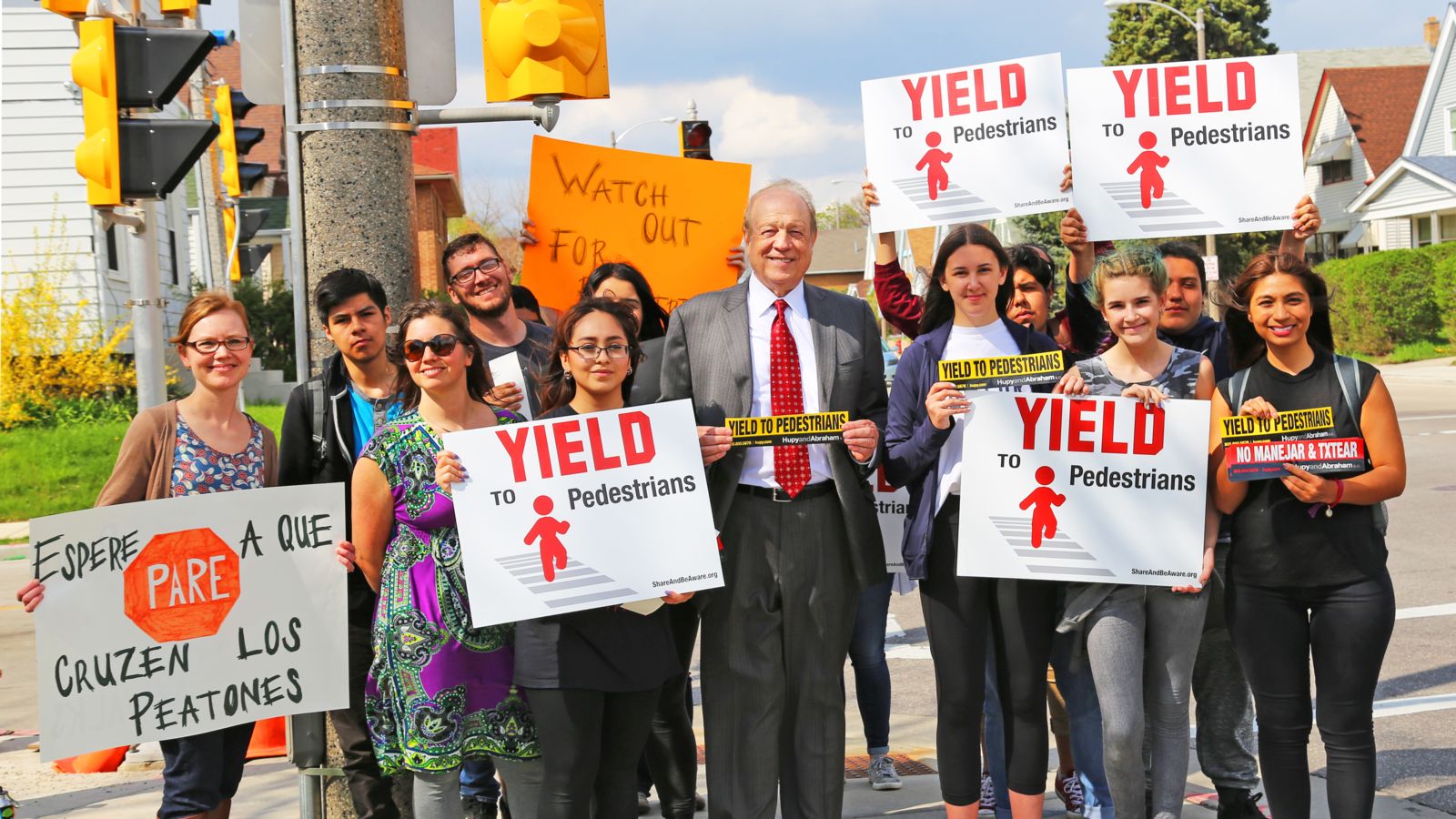 On Wednesday, April 26, 2017, Hupy and Abraham, S.C. president Attorney Michael Hupy was joined by members of the community for a pedestrian awareness demonstration. Along with MilWALKEE Walks, he crossed the intersection with signs at South 35th Street and West Mitchell Street in Milwaukee. The event was held in honor of Israel Soto-Colon, a man killed on April 18 while crossing the street and picking up children from a nearby school.

Pedestrian incidents are becoming an epidemic. The city of Milwaukee has 41 percent of all crashes in the state. Seven people in the city have been killed while crossing the street this year, while four had been killed at this time in 2016.

Attorney Michael Hupy, voted Milwaukee’s Top Activist, has also orchestrated the firm’s “Yield to Pedestrians” public service announcements. The PSAs have been viewed by thousands of people throughout Illinois, Wisconsin and Iowa. Additionally, he has made appearances on local news stations to discuss this important topic.

Prior to the formation of MilWALKee Walks, Attorney Hupy had written letters to all 19 metropolitan area police chiefs and mayors asking that they start ticketing drivers who do not yield to pedestrians for the last four consecutive years.

If you would like to get more involved, start with getting a FREE Hupy and Abraham, S.C. “Yield to Pedestrians” bumper sticker here. MilWALKee Walks is hosting a biking meeting May 31 at the Villard Library Community Room at 5:30 p.m. They are requesting that anyone passionate about this cause to attend and contribute. Visit shareandbeaware.com or contact Jessica Wineberg, MilWALKee Walks’ Program Director, at [email protected] for more information.