Two Words for Wisconsin Drivers and Passengers: Buckle Up!

What’s the most basic, most often overlooked, and possibly most important step for a driver to take to prevent injuries or death in a Wisconsin car accident? Two words: Buckle up! Wearing a safety belt means being a more responsible Wisconsin driver. 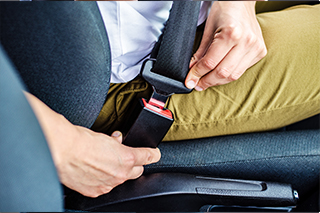 Important, useful facts about seat belt use in Wisconsin