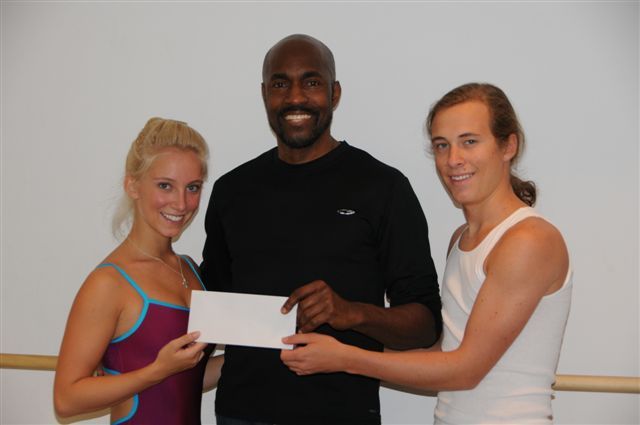 Maxine and Rex Hupy at CMDC with the fabulous Homer Bryant.

The Chicago Multi-Cultural Dance Center (CMDC) is five blocks from the Chicago Bar Association (CBA) headquarters. Barack and Michelle Obama’s children attended this school for seven years, until they recently moved to Washington, D.C. The Hupy children, although they have to travel from Milwaukee, have attended this school for three years. A Sunday morning trip from Milwaukee to Chicago for lessons at 9:00 a.m. should give you some idea of how fabulous the school is.
School Director Homer Hans Bryant attended the Presidential Inauguration and, at Attorney Hupy’s request, got permission to use the Obama name and information about the Obama’s children’s attendance at the school as part of a promotional campaign Attorney Hupy is doing. 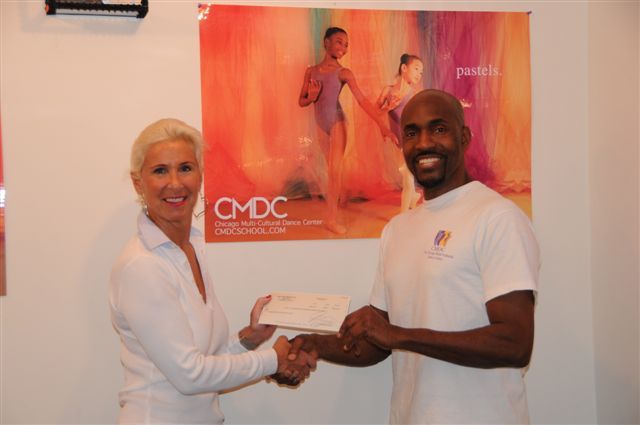 Suzanne Hupy presents a donation of $2,500.00 on behalf of Hupy and Abraham
to Homer Bryant.

To promote and raise money for the school, this law firm gave an additional $2,500.00 donation and paid for a full-page ad in the April issue of the Chicago Bar Association Magazine, to bring attention to the school. CMDC has served Chicago’s African-American and broader communities for more than seventeen years under the direction of Founder and Artistic Director Homer Bryant.
The Chicago Bar Association (http://www.chicagobar.org/) provided a full-color, full-page advertisement at a discounted rate to Hupy and Abraham This ad is part of a broader campaign to raise awareness about and financial donations for the school.
Donations can be sent to the school office at 47 West Polk Street, Lower Level, Chicago, Illinois 60605 or can be made on-line.