How Does A Settlement Work? 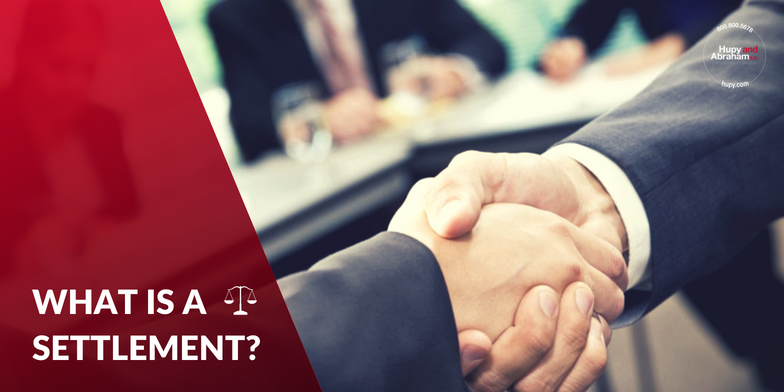 Court cases are complicated affairs and one can easily become confused with the proceedings and terminology. A major part of court cases can play a sizeable role in personal injury cases, especially in an out-of-court settlement. We’d like to take some time to explain exactly what they are and how they work.

As stated before, court cases are not only very complicated, but they can also be incredibly expensive and time-consuming. Despite this, they can often result in no resolution or satisfaction. Settlements aim to resolve disputes outside of the courtroom. Most lawsuits end in a settlement with research finding that less than 2 percent of cases in the United States end with a trial by jury. Of court cases, 90 percent of tort cases are settled out of court and roughly half of all other civil cases result in a settlement.

Settlements are agreements between the two parties involved in the case coming together and discussing on their own the best way to resolve the issue, often resulting in a payment of damages from one party to another. Once the two parties reach a decision, be it through face-to-face negotiation or through mediation of a third party, the decision is submitted to the courts to ensure each party holds up their side of the agreement. Breach of the agreement may result in the guilty party being held in contempt of court.

A great deal of benefits come with settlements. Settlements are most often kept entirely private, whereas a jury trial is a matter of public record. Trials can cause a great deal of stress for both parties and their outcomes are often far less predictable than those of settlements. Settlements are often the preferred course of action for the defendants, as they don’t require an admission of guilt, while lost court cases prove the defendant liable for the plaintiff’s injuries.

We hope that this may serve to educate you on the inner workings of out-of-court settlements and be a useful tool when you need to seek legal assistance in a future court case. And if you or someone you love has suffered a personal injury, the experienced personal injury attorneys at the law offices of Hupy and Abraham are standing by to help you every step of the way, be it a settlement or full trial. Please feel free to contact us online or call us directly at 800.800.5678 to schedule your free consultaion.