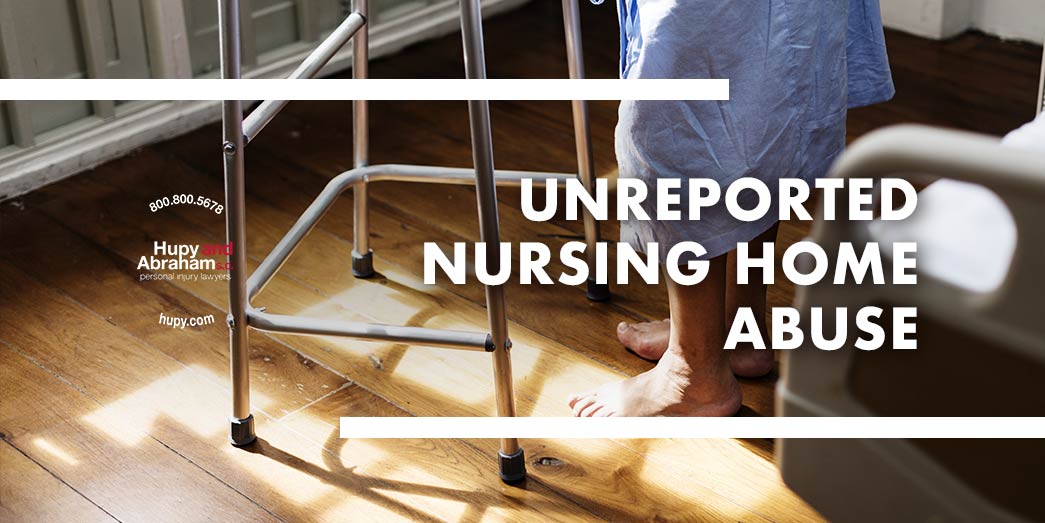 Research shows that resident abuse in nursing homes and other long-term care facilities is not always reported and sometimes deliberately concealed. In fact, the Department of Health and Human Services states that more than 1 in 4 cases of abuse or neglect at skilled-nursing facilities are not reported to law enforcement.

In cases of physical, mental and sexual abuse, officials are often quick to dismiss residents' claims as hallucinations or fantasies due to the prevalence of diseases like Alzheimer’s. However, when claims aren’t taken seriously, abuse and neglect persists. A judge who convicted a nursing home aide accused of sexually assaulting a resident in a Minnesota nursing home said, “It affects everyone who has to place a loved one in a facility."

Because so few incidences are reported, statistics are derived from a limited number of available research studies. But in nearly each study available, it is suggested that abuse is a common occurrence in facilities across the United States, as well as in Canada and the U.K. One such study that distributed anonymous questionnaires to staff of several different facilities determined that:

This is also not considered a new issue.

Statistics like these are unprecedented. Nursing home residents do not give up their rights to be treated with dignity and respect when they enter a long-term care facility. Their age and their ailments do not give nursing home staff permission to hurt them -- even if the staff members are overworked or underpaid. It is critical that incidents of abuse and neglect are reported promptly.

Our Wisconsin nursing home neglect attorneys are passionate about fighting for the rights of nursing home residents who have been abused and neglected in Wisconsin. We also have offices in Illinois and Iowa. We want to get a fair recovery for each individual and to hold nursing homes accountable for their actions. To learn more, we invite you to read our FREE book, Guide for Nursing Home Abuse and Neglect Victims: What You Need to Know to Protect Your Legal Rights and Get Every Dollar You Deserve. You can also contact us online or call us directly at 800-800-5678 to schedule your free consultation.