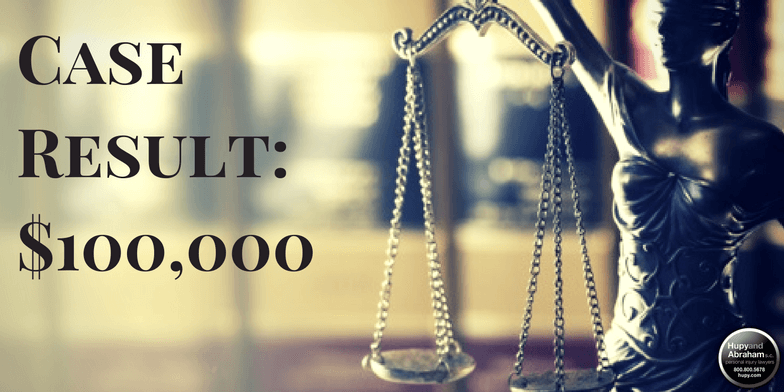 Our client was slowing down for a red light in Belvidere, Illinois, but the trailing driver failed to do so, causing a rear-end accident. The defendant's insurance refused to accept responsibility and offered nothing to settle the case.

The insurance company argued that our client's injuries were entirely because of her pre-existing spinal condition, not the accident. Hupy and Abraham rejected that argument and filed suit. The insurance company finally made an offer, but Attorney James Theisen refused to settle for anything less than the $100,000 policy limit.

Shortly before the trial was set to begin, the insurance company realized they had no choice but to pay the $100,000 policy limit.