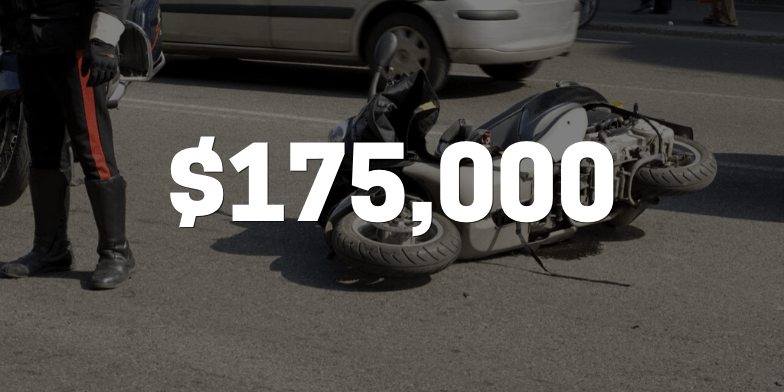 On a Spring day, our client was driving his motorcycle near Elkhart Lake, Wisconsin, when an automobile turned off the highway onto a road leading to a campsite. As our client approached the car, it suddenly backed out of the roadway and hit his leg pinning it against his motorcycle, breaking his leg.

The insurer of the automobile denied the case because their insured said our client just drove into the rear of her car. Our client was off work for about six months and made a good recovery from the injury, but a lawsuit had to be filed against the other driver.

After a minimal offer was made at mediation, Attorney James Shilobrit was able to get the insurance companies involved to stipulate the damages in the case at $175,000.00, in order to have a trial to determine who was at fault.

On November 12, 2019, a Sheboygan County jury returned a verdict in favor of our client, placing all responsibility on the other driver. The award received was the previously agreed-upon $175,000.

by James R. Shilobrit
Connect with me