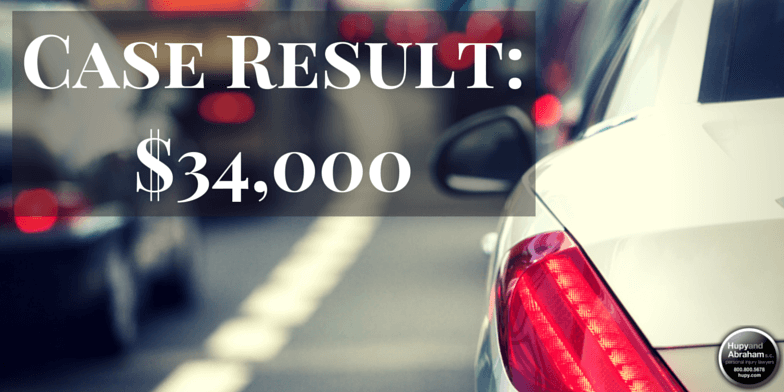 Hupy and Abraham’s client was heading east through a controlled intersection in downtown Milwaukee, Wisconsin when a northbound driver T-boned her. The police report was unclear as to who had the green light.

The client originally hired a different law firm, who dropped the case because they thought the client was at fault.

Hupy and Abraham took the case and Attorney James Shilobrit proved the other party was 100 percent at fault. Before trial, the insurance company offered $9,000. The final verdict was $34,000.

by James R. Shilobrit
Connect with me