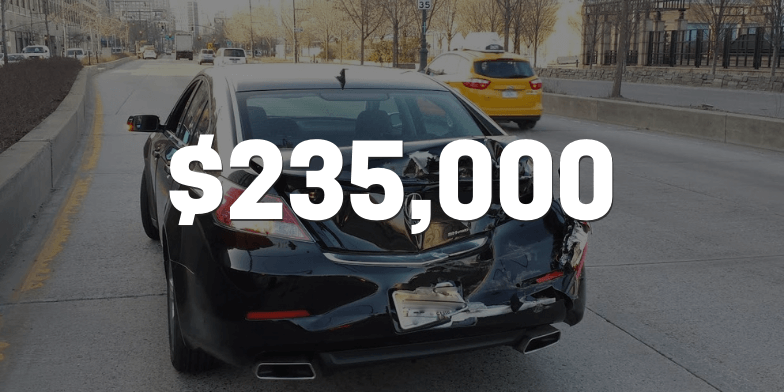 While stopped in traffic waiting for the stoplight to change, a family was struck from behind. The force of the impact pushed their vehicle into a vehicle in front of them. A passenger in the struck vehicle was injured and hired Attorney Brandon Derry.

The insurance company argued that the collision caused only a minor aggravation of a pre-existing condition and refused to pay for most of the medical treatment. Attorney Derry filed a lawsuit and, after depositions, convinced the insurance company to pay $235,000.