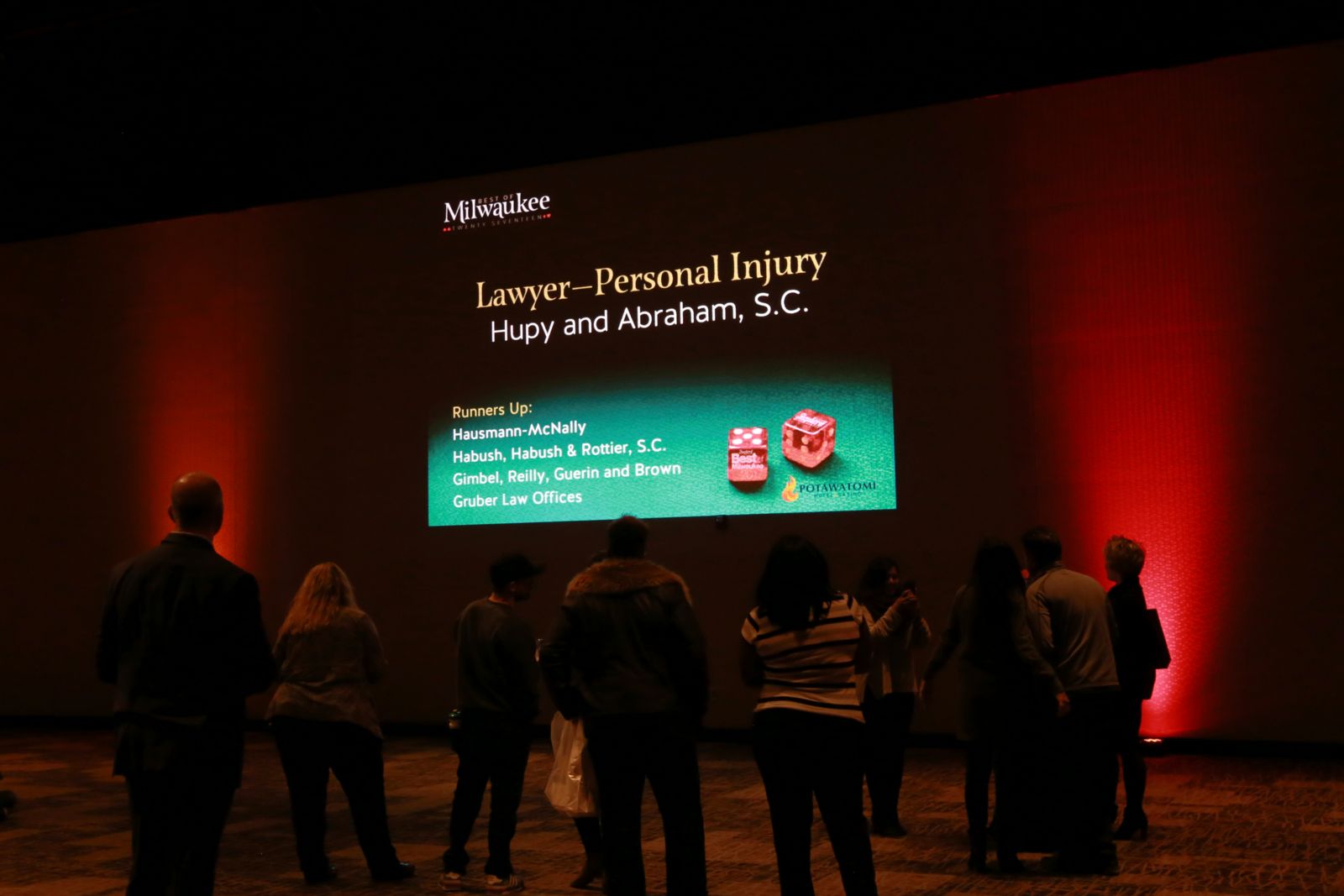 The annual Shepherd Express “Best of Milwaukee” celebration was held at Potawatomi Casino on January 16, 2018. Hundreds of locals congregated to honor the best of the best at what Milwaukee Mayor Tom Barrett dubbed the city’s “Golden Globes,” where nominated vendors provided food and items to attendees.

Hupy and Abraham, S.C. was named winner of the “Best Law Firm – Personal Injury” category for the seventh consecutive year. Marketing Director Jill Wellskopf was in attendance and was joined by other firm employees.

Known for its two-stage process, which includes a nomination period and a final voting phase, the Shepherd Express “Best of Milwaukee” poll has been the largest poll of its kind as ranked by number of voters. The compilation of winners is known to be one of the best guides and recommendations for Milwaukee’s community. Over the years, Hupy and Abraham has strived to provide a high level of service and results for each client it works with. The firm has obtained over a billion dollars in verdicts and settlements and has maintained its professionalism and reputation.

In addition to being known for its high-caliber service for clients, the firm believes in “doing well by doing good” and gives back to the community in the ways that it can. Over the last three years, the firm has given more than $500,000 to over 250 worthwhile causes and organizations.

Hupy and Abraham, S.C. has won a number of publicly voted polls, including the A-List Poll, the Milwaukee Journal Sentinel “Top Choice” poll and the Wisconsin Law Journal’s “Reader Rankings” poll. These results are indicative of the trust and belief the community has in the firm. Hupy and Abraham will continue to perform to the highest standards in the years to come.