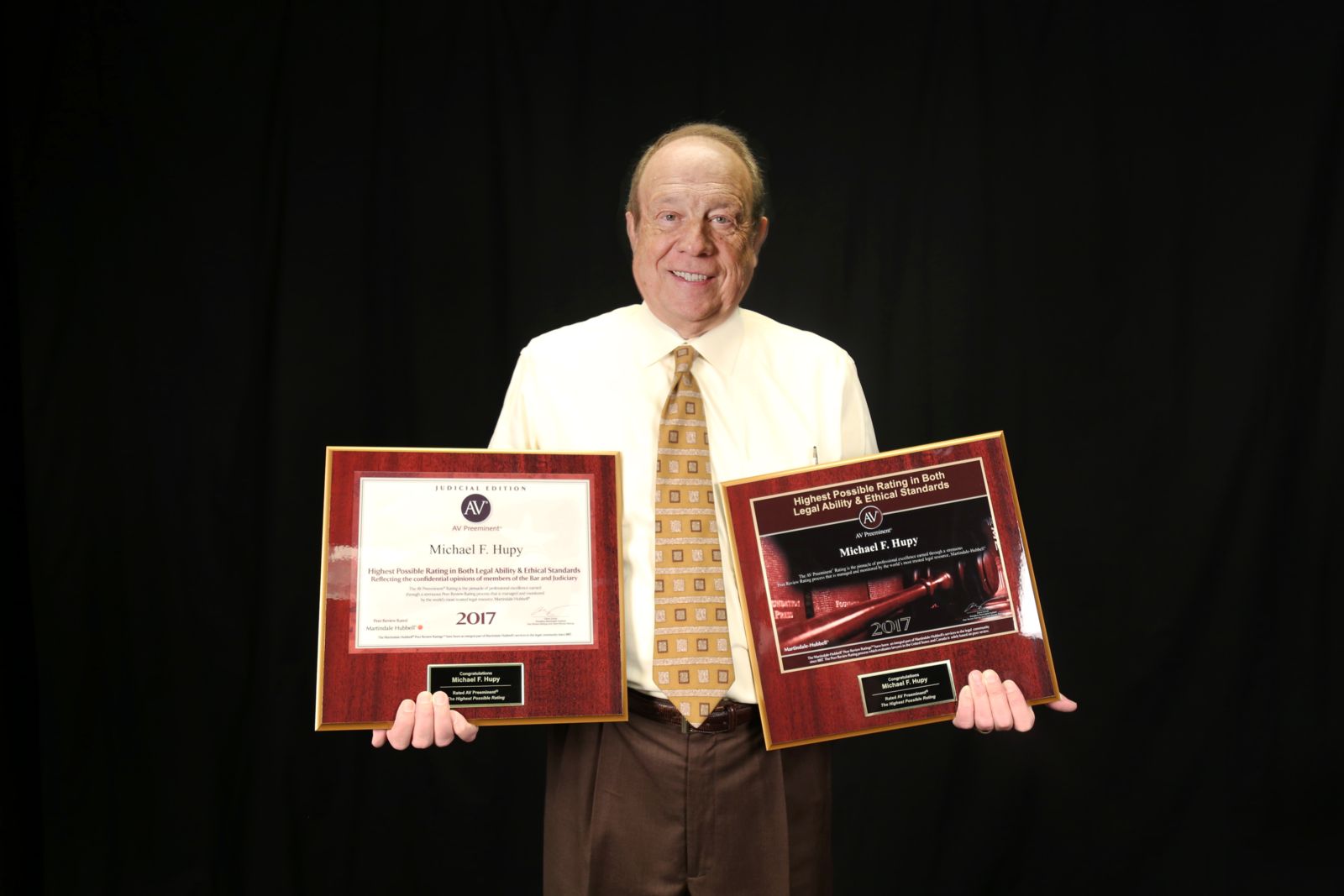 Attorney Michael Hupy was recently recognized as an AV Preeminent Attorney – Judicial Edition – a prestigious award based on review ratings of members of the judicial community. Attorney Hupy has been peer reviewed AV Preeminent Rated by Martindale-Hubbell for more than 20 years. Lawyers are surveyed on a lawyer’s legal ability and ethical standards. Those survey results turn into a rating after a threshold has been achieved.

The AV Preeminent judicial rating is the gold standard of lawyer ratings – the highest possible rating in legal ability and ethical standards -- and has been since 1887. This award is compiled from judicial opinion about an attorney and is the pinnacle of professional excellence.

Receiving this award is a sign that a lawyer has reached the highest possible standard of legal knowledge and ethical behavior in their field. It also is a reflection of opinions from both the judiciary and the bar.