Attorney Brandon Derry Honored as 2019 Leader in the Law 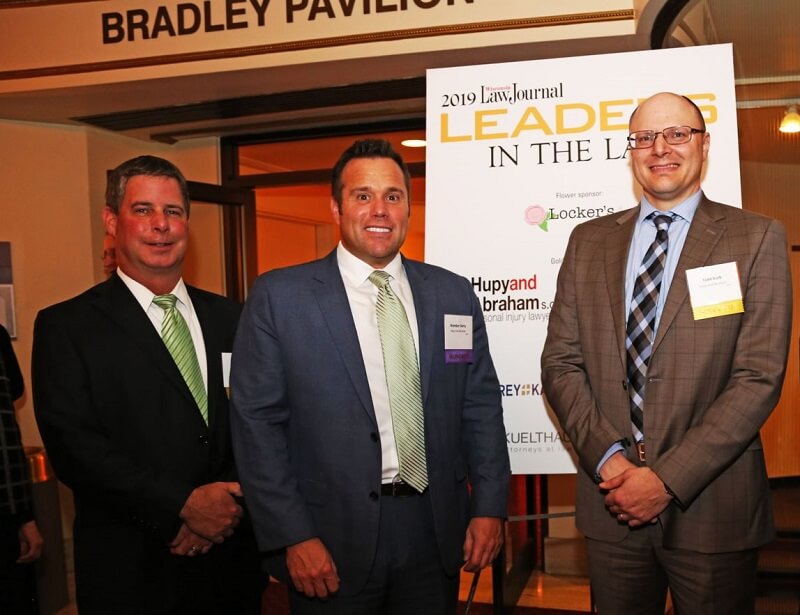 On February 22th, 2019, the Wisconsin Law Journal held the 17th annual “Leaders in the Law” award ceremony at the Marcus Center for the Performing Arts in Milwaukee, Wisconsin. Hupy and Abraham Shareholder Brandon Derry was among the 21 legal professionals that made the Class of 2019. This annual event garners the attendance of hundreds from the Wisconsin legal community. Fellow shareholder Attorney Todd Korb and Attorney Timothy Schelwat joined Attorney Derry at the ceremony.

Attorney Derry first joined Hupy and Abraham in 2007 and was promoted to shareholder in 2012 and currently resides as the only firm partner to primarily work through the Madison office. After years of working in insurance defense, he made a transition to mainly personal injury, which has resulted in his collecting more than $30 million on behalf of his clients.

Additionally, he has also been honored by a number of legal institutions for his law practices that includes a placement on the National Trial Lawyers Top 100 list for the past four years, being named to the Wisconsin Rising Stars list five times and direct feedback of his legal skills to give him a superb 10.0 Star Rating on AVVO.com.

With proven results in the courtroom, Attorney Derry also has found time to dedicate himself to the community by volunteering for local charitable organizations. As an avid motorcyclist, he has also taken part in spreading one of the firm’s safety messages to “Watch for Motorcycles.” Since 2015, he has been an active member of both ABATE of Wisconsin and ABATE of Iowa, as well as the Capital City Harley Owners Group.

As shown through his conviction at maintaining a high level of service and results for his clients, Attorney Derry has proved why he deserves this honor. The firm extends warm congratulations for this honor!